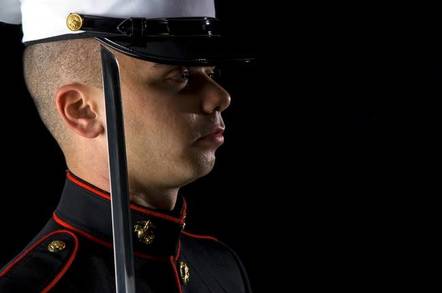 Next Tuesday, US Senators will hold a special hearing into America's ongoing military sex scandal. Archives of compromising snaps of female US Marine Corps fighters are being shared online, and the Senate Armed Services Committee wants answers.

This week it emerged that Marines United, a private Facebook group with thousands of members, was caught swapping X-rated photos of sisters-in-arms in various states of undress. In some cases, their identities were included along with streams of lewd comments about their appearance. One marine, and a former soldier working as a contractor, were accused of being the source of at least some of the images, and thrown out of the Corps. The Facebook group was shut down.

The Senate committee will receive an update on the situation in a partially closed session, Marine Corps Commandant General Robert Neller said. Senator Kirsten Gillibrand (D-NY) has asked for the hearings to go further than simply investigating just the Marines Unlimited site.

"I request that the committee hold a hearing to assess current information available about the case, whether this is part of a larger pattern of misconduct, the underlying environment that allowed something like this to happen, jurisdictional issues the military may face in addressing this behavior and whether the military justice system is equipped to hold perpetrators accountable," she said.

"How do we get the rest of the Marines United leak?" one comment poster wrote on a sex video. Another replied, with a Dropbox URL: "I gotchu, fam."

We alerted Dropbox to the archives on Thursday, and a spokeswoman from the biz got back to us within an hour to say the images had been removed.

Sadly, these pictures are going to be out there for as long as there is an internet to post them on. Given these women are willing to risk their lives in the service of their country, it's a pretty poor state of affairs that a few rogue soldiers can cause them such grief and besmirch the reputation of the Corps.

It should also be pointed out that those active-duty military folk sharing these pictures are in violation of Article 134, general misconduct, for enlisted troops, and Article 133, conduct unbecoming, for officers, of the Uniform Code of Military Justice, and could spend time in a military prison for such violations. ®