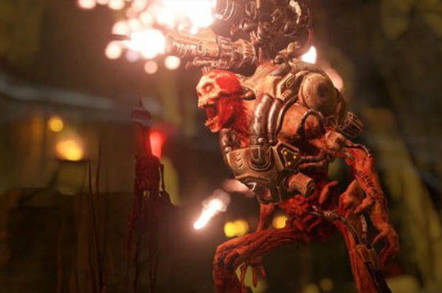 In the filing [PDF] to the Northern Texas District Court, Carmack's lawyers say that part of the deal included stock put options worth $22.5m that Carmack now wishes to exercise and cash out, but privately held ZeniMax will not honor. The complaint seeks a jury trial to decide whether to award Carmack the $22.5m in stock option payments.

At this point, it should be noted that Carmack and ZeniMax are, to put it mildly, not on good terms. The former exec's hiring by Oculus was at the center of the $500m trade secrets suit ZeniMax won earlier this year. That case, and its findings that Oculus stole ZeniMax technology, is now at the heart of Carmack's suit.

"ZeniMax's stated basis for its failure to comply with the Convertible Promissory Note is a series of allegations regarding claimed violations of Mr Carmack's Employment Agreement and ZeniMax's alleged intellectual property rights," the suit reads.

"Mr Carmack was a Defendant in that case, and there was extensive testimony and evidence about the alleged conduct that ZeniMax now asserts as the basis for its current refusal to comply with its contracts."

ZeniMax acknowledged as much in its statement to the press, calling the suit "without merit" and noting that Carmack has previously alleged similar violations and lost in court. ZeniMax says it plans to fight the suit. ®