What went up, Musk come down again: SpaceX to blast sat into orbit with used rocket 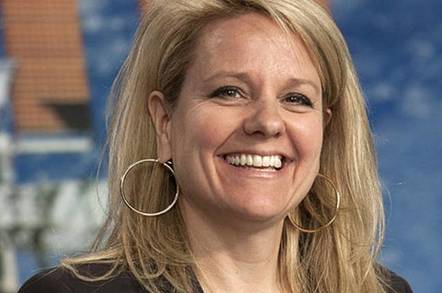 March is going to be a crunch month for SpaceX: it hopes to, for the first time ever, launch a commercial satellite into orbit using a previously used rocket.

One of the Falcon 9 boosters Elon Musk's upstart has successfully blasted off and landed has been extensively refurbished for the mission. SpaceX's president Gwynne Shotwell confirmed to the Satellite 2017 conference on Wednesday that a reused Falcon 9 will loft a communications bird from satellite operator SES some time in the next three weeks.

Crucially, that Falcon 9 has to return back to Earth in one piece so it can be reused again and again for other payloads.

Usually you have to take SpaceX timeline predictions with a pinch of salt. After all, Musk promised the first reused rocket would take to the skies by June 2016. That date slipped, as did the subsequent predicted launch date of the end of last year.

However people familiar with the matter have told The Reg that the March date really is firm and SpaceX is ready to rock the orbital delivery market – assuming the launch is successful. If it isn't, it'll be a major kick in the nuts to SpaceX's ambitions to make it much cheaper to get off the planet.

The Falcon 9 is a multistage rocket: the lower first stage is the reusable part, and typically takes up 75 per cent of the total hardware cost of the flight. That's the part that SpaceX hope to use over and over. The upper second stage is not recyclable.

Building a reusable rocket stage tough enough to withstand multiple launches and landings, even after the costs of a refurbishment, could give SpaceX a big price advantage over the United Launch Alliance and Arianespace, neither of whom have a reusable rocket. It's basically cheaper to reuse the lower stage than throw it away and replace it each time, or at least, that's the plan.

Shotwell has said that the cost savings for its customers from flying with a reused booster would be around 30 per cent. SES said that it wanted 50 per cent, but the two companies appear to have reached common ground and it looks likely that the SES-10 mission on a refurbished Falcon will lift off from Cape Canaveral's historic 39a launch pad.

However, if the launch goes wrong the resulting kerfuffle could set SpaceX back years. Rocket accidents are a fact of life, and it has most likely been fears over what would happen if SpaceX puts on a very expensive fireworks show that have delayed this flight.

Not only would a failed launch be highly embarrassing and costly in the short term – it would also cause a lot of long-term damage because of the future insurance costs. Reliability is what insurers are looking for, and SpaceX needs to convince them that its hardware is good enough to keep premiums low. ®