Shock report: 92 per cent of US government websites totally suck

Other news: Windows 10 not that great; Uber a little bit nasty 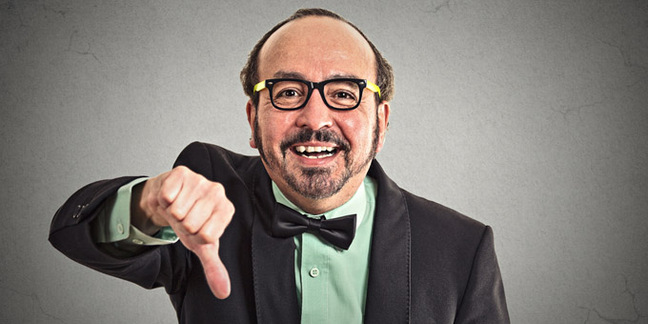 A new report into nearly 300 websites run by the US government has reached an unsurprising conclusion: they suck.

What may be startling, however, is just how much they suck. According to the Information Technology and Innovation Foundation (ITIF), a dramatic 92 per cent of the websites they reviewed had a significant flaw or failing – whether in terms of security, accessibility or speed.

One of the authors, researcher Alan McQuinn, noted that many of the websites – 297 chosen because they were in the top one million most-accessed websites as defined by Alexa – don't even meet the US government's own requirements which are themselves some ways behind typical corporate best practices.

"Considering that many constituents rely on federal websites to interact with government, it is incumbent upon the new administration, supported by Congress, to make websites more convenient, accessible, and secure," he argued.

The biggest problem in terms of the average user is that the US government is far behind on making websites accessible by phone – a trend that was first flagged ten years ago and became a priority for pretty much every company five years ago.

Due the rise of smart phones, an enormous number of people are using mobile phone browsers as their main source of online information. Every website admin in the country has spent a significant amount of time optimizing their site to work better for phones but government, as ever, is sluggish.

Just 36 per cent of the websites reviewed passed a speed test for mobile devices, most often because there was no image compression or page-load prioritization – ie, they hadn't done any real optimization work.

And only 41 per cent of websites were mobile friendly, with the majority throwing out huge fonts or tiny links or buttons. In other words, no one has been tasked with bringing the website up to date in the past five years.

(In case you're interested, the speed tests were done using Google's PageSpeed testing tool which rates sites on 12 metrics and gives them a score of between 0 and 100. Any sites that scored under 54 for desktop sites or 56 for mobile sites was deemed to have failed by ITIF.)

To be fair, the researchers were quite impressed with the overall security efforts in place. A pretty decent 86 per cent of websites had SSL in place and 90 per cent used DNSSEC. So clearly someone has been doing a solid job in the background. However, 19 per cent of those with SSL had implemented it poorly and so it wasn't providing the security it was supposed to.

It does make you wonder about the 14 per cent of sites without HTTPS and why 10 per cent haven't put DNSSEC in place (we have the answer below). It is worth noting that these 297 websites are the most popular of the roughly 6,000 websites hosted on 400 domains, so they should be the best of the best.

In terms of the biggest overall failing: unsurprisingly, accessibility issues were top of the list with 42 per cent of website failing in terms of making it easy for people with disabilities to use. The biggest issues are poor contrast and a lack of decent labeling and tagging, which makes navigating a website much harder.

As to why the poor showing and wide disparity, it's because of the nature of government.

The high security ratings are down to a very simple reality: they were mandated. In 2008, the White House's Office of Management and Budget (OMB) said it required all federal websites to introduce DNSSEC (M08-23). And in 2015, the Obama Administration did the same for HTTPS/SSL (M15-13).

Both these orders were also tracked – the annual Federal Information Security Management Act (FISMA), for example, requires an annual report on the federal government and its IT security metrics to be produced and published. Guess what the DNSSEC target was? Equal to or greater than 90 per cent of websites. And the ITIF's findings? 90 per cent exactly – would you believe it?

As for the SSL requirement: it looks as though FISMA has lumped that in with other website defenses and given it a 90 per cent target rate. Although the executive order only gave December 31, 2016, ie, three months ago as the target date, so 86 per cent ain't bad.

India launches e-government platform for 125,000 villages and drone land surveys to put them on the map