That CIA exploit list in full: The good, the bad, and the very ugly

We went through 8,000 documents so you don't have to 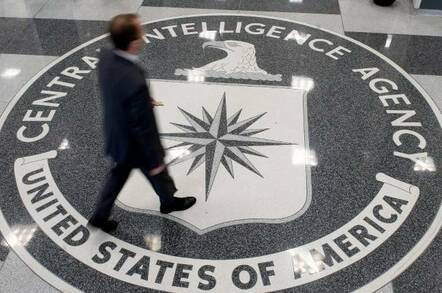 We're still going through the 8,761 CIA documents published on Tuesday by WikiLeaks for political mischief, although here are some of the highlights.

First, though, a few general points: one, there's very little here that should shock you. The CIA is a spying organization, after all, and, yes, it spies on people.

Two, unlike the NSA, the CIA isn't mad keen on blanket surveillance: it targets particular people, and the hacking tools revealed by WikiLeaks are designed to monitor specific persons of interest. For example, you may have seen headlines about the CIA hacking Samsung TVs. As we previously mentioned, that involves breaking into someone's house and physically reprogramming the telly with a USB stick. If the CIA wants to bug you, it will bug you one way or another, smart telly or no smart telly. You'll probably be tricked into opening a dodgy attachment or download.

That's actually a silver lining to all this: end-to-end encrypted apps, such as Signal and WhatsApp, are so strong, the CIA has to compromise your handset, TV or computer to read your messages and snoop on your webcam and microphones, if you're unlucky enough to be a target. Hacking devices this way is fraught with risk and cost, so only highly valuable targets will be attacked. The vast, vast majority of us are not walking around with CIA malware lurking in our pockets, laptop bags, and living rooms.

Thirdly, if you've been following US politics and WikiLeaks' mischievous role in the rise of Donald Trump, you may have clocked that Tuesday's dump was engineered to help the President pin the hacking of his political opponents' email server on the CIA. The leaked documents suggest the agency can disguise its operations as the work of a foreign government. Thus, it wasn't the Russians who broke into the Democrats' computers and, by leaking the emails, helped swing Donald the election – it was the CIA all along, Trump can now claim. That'll shut the intelligence community up. The President's pet news outlet Breitbart is already running that line.

Back to the leaked files. One amusing page gives details of discussions within the CIA on how to avoid having its secrets leak in the wake of the theft of the NSA Equation Group's hacking tools. Along with a detailed report [PDF] on the Equation Group hack, there are suggestions on how to protect resources.

The CIA and the White House have yet to comment on the veracity of the leaked material and are unlikely to do so. But at least one former intelligence worker with knowledge of such matters seems convinced they are real.

Still working through the publication, but what @Wikileaks has here is genuinely a big deal. Looks authentic.

So here's a rundown of the highlights so far. With so much material to go through, some important things will have been missed. Feel free to add your own insights in the comments section. We note that a good number of these cyber-weapons were obtained from the NSA, GCHQ or private computer security researchers, and hoarded without warning vendors in case vulnerabilities are patched – we've covered this subject over and over.