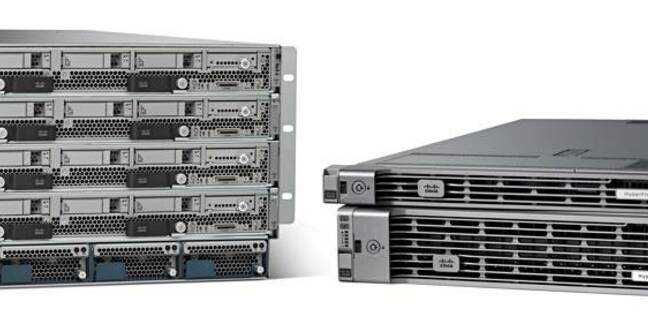 Cisco's HyperFlex hyperconverged products can support more than twice the number of VMs than other HCI systems while maintaining high performance, according to tests by ESG [PDF].

ESG testing used HCIBench, using Oracle's Vdbench tool, with the HCI products running virtual machines. It tells us the extensive testing "was executed using a stringent methodology including many months of baselining and iterative testing... Benchmarks were run for long periods of time to observe performance as it would occur in a customer's environment. In addition, tests were run many times, never back-to-back but separated by hours and days, and the results averaged.

"Also, testing was done using data sets large enough to ensure that data did not remain in cache, but leveraged the back-end disk across each cluster."

The ESG testers compared a 2U, four-node HyperFlex HX220c hybrid flash and disk system with three other products from vendors A, B, and C. We're told these are leading hyperconverged infrastructure (HCI) vendors and "included two 'software-only' systems from leading vendors that leveraged standard x86 based servers, and a proprietary system from a single vendor based on its own hardware and partially integrated with its own software."

These comparative HCI products were also 2U, four-node systems with similar configurations, although we are not given the CPU and DRAM details:

One test looked at overall cluster scalability with a synthetic workload designed to emulate a typical OLTP I/O mix, 70 per cent read, 100 per cent random with a per-VM target of 800 IOPS. The test was run across 140 VMs in each cluster for three to four hours with a goal of remaining at or below 5ms write latency. The results were charted:

ESG also looked at read and write latency and SQL Server IO patterns and checked out all-flash configurations of HyperFlex and a Vendor B.

ESG also looked at the IOPS per VM with 140VMS in each cluster, and found a marked difference:

OK, caveat time; this is Cisco marketing material with ESG paid to run the tests. We are not told who the three competing vendors are and the test results are partial. Your mileage may well vary and you should run your own tests on your own workloads. ESG strongly recommends this.

With this in mind, the HyperFlex systems look strong and appears to avoid suffering from storage hotspots.

Cisco now has 1100 HyperFlex customers after nine months of selling; not bad at all. Thirty per cent of these are new to Cisco. It says you can add extra compute to a HyperFlex cluster without having to pay any extra software licensing or usage fee. This, we're told, is not true with other suppliers.

Cisco also says its HyperFlex products work with its other server offerings, like converged systems such as FlexPods, and is managed with the same UCS Director. It's not a standalone silo-occupying product.