Kicks in on April Fools' Day 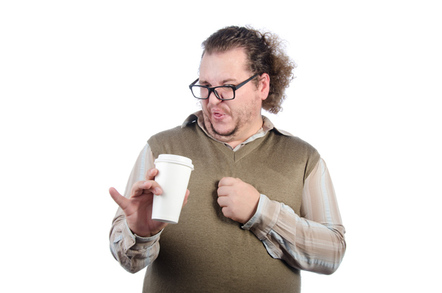 Accounting-as-a-service firm Sage is hiking its cloudy payroll software prices by half, The Register has learned.

The British Salesforce partner last week wrote to customers of Sage One warning them they will be charged £15 per month from April 1 – up from £10.

In the letter seen by The Reg, the firm justified the price on the fact it’s “evolving” the product portfolio.

“As we are evolving our product portfolio and making enhancements, we have to ensure that the price is reflective of the value you receive,” the Sage One team informed punters.

“This ensures the hard work and investment made by our team continues and it helps us to improve and invest in new technologies.”

Register readers who contacted us, however, complained they could see no sign of claimed enhancements.

A Sage spokesman pointed to updates to Sage One including Sage Intelligence Reporting and claimed the firm had “increased the quality of statements to help businesses get paid quicker.”

This approach is generally the opposite of its US counterpart Salesforce, who rolls new features and updates into its SaaS service without price adjustments.

Sage claimed its service remained competitively priced but the rise comes as SMBs face mounting costs elsewhere, with a jump in business rates due to kick in next month - the first in seven years following a government re-valuation of property.

Thirty-six per cent of small firms expect their rates to increase in April with one in five anticipating an increase of 44 per cent according to the Federation of Small Businesses.

The increase emerged just as Sage has published five steps on how its customers can break the bad news of price increases to their own clients.

Among the tips: adding new features to your service.

“Customers may accept the price hike more easily if they know they are getting something extra in return,” Sage advises.

According to the company, such steps combined with honesty can help “soften the blow and raise prices without losing customers".

Sage, meanwhile, announced it is upping the minority holding in cloud human-capital-management provider Fairsail to consume the entire business. Sage integrates Fairsail's software in its Sage People service, launched in 2016.

“This integrates everything from talent acquisition to people analytics in one online system – helping businesses in recruiting, engaging and retaining top talent."