Will decision bring back need to use specific browsers? 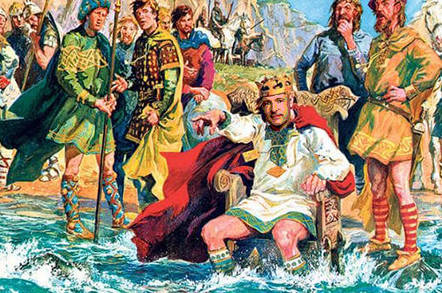 Sir Tim Berners-Lee has controversially decided to back the introduction of digital rights management – aka anti-piracy and anti-copying mechanisms – as a Web standard.

Writing in a blog post last week, the director of the World Wide Web Consortium (W3C) argued that to stand in the way of the new Encrypted Media Extensions (EME) standard was equivalent to being King Canute commanding the tide to halt.

"W3C does not have any power to forbid anything," Berners-Lee argued. "W3C is not the US Congress, or WIPO, or a court… W3C is a place for people to talk, and forge consensus over great new technology for the web. Yes, there is an argument made that in any case, W3C should just stand up against DRM, but we, like Canute, understand our power is limited."

Berners-Lee makes a series of arguments for why EME should be approved: including that having a standard allows for greater interoperability; and that it enables the data provided by content use to be limited, improving online privacy.

But the decision has caused uproar, with some in the internet community claiming the W3C is selling out to commercial interests, and others warning that the era of having to use a particular browser to view videos may return.

In an aggressive, mocking response to Berners-Lee's post, the anti-DRM campaign group Defective by Design called the inventor of the World Wide Web "defeatist" and noted that the "star of the 2012 Olympics opening ceremony, and one of the best-known tech celebrities outside of Silicon Valley, believes he is powerless."

Many of the comments on Berners-Lee's post are also strongly critical of his position. Most of the arguments put forward are ideological rather than pragmatic, and do not address his counter-points about DRM being a simple reality with EME offering a standard that ultimately provides better protection for the Web as a whole.

There is, however, one serious argument over why EME may not be a good idea, and that is whether it will result in companies, from Netflix to Google, effectively requiring you to use a particular browser to view video content.

It has been at least five years since the "best viewed with browser X" message on websites was a common occurrence, largely because Microsoft lost its dominance of the browser market and browsers such as Firefox and Chrome – which try to adhere to standards much more closely – became the new norm (last year Firefox overtook Internet Explorer on the desktop for the first time with roughly 15 per cent of the market; Chrome has a whopping 60 per cent).

However, due to the way EME is structured, the "standard" will include a critical element that will likely be different from browser to browser.

EME allows a webpage to render content that has been specially encrypted so that it cannot be copied or watched in a way the publisher is unhappy with: for example, it's supposed to stop people ripping high-quality streams of movies to disk, and then passing copies of the videos around file-sharing networks.

The mechanism has been the center of a long-running battle within the W3C: representatives from large corporations wanted a standard for protecting copyrighted material in browsers, and internet engineers opposed including such a system out of principle.

In order for EME to work in the real world, a browser needs to have a Content Decryption Module (CDM) – and there is no standard for that, leading many to believe it will become a browser-specific and proprietary piece of code.

In one online discussion, a key Firefox developer – senior principal engineer Boris Zbarsky – warned that not only was there a need to write specific CDM code for a browser but "for actual CDMs on the market, the developer is also required to work with the CDM vendor to accept that particular browser as a trusted enough party."

In other words, content owners will have a say in how and whether browsers can show their movies and TV shows – and that opens the market up to commercial influence.

"The CDM developers I'm aware of are Google, Apple, Microsoft, and Adobe," wrote Zbarsky. "Three of these are also browser developers, who are shipping their own CDM in their own browser. Two of those three, along with Netflix, happened to be the spec editors. There was literally zero incentive for them to standardize the browser/CDM interaction, and some incentives to NOT do so. So they didn't."

As director of the W3C, Berners-Lee has ultimate says over whether something progresses to become a full Web standard. As a result of the fierce arguments over EME, for several years he has carefully maintained a neutral stance on the issue.

But with a decision on whether the charter for the working group toiling away on EME will be renewed, and with a poll on whether the standard should be published as a recommendation pending, Berners-Lee found himself in the situation where he felt he had to take a position.

There are still big questions about how EME will work in practice.

Aside from the CDM issue – which may see Google use its powerful position to further its own corporate goals – there is also the concern that the inclusion of DRM in browsers as a standard could led to companies slapping copyright control mechanisms on everything from music to books.

And then, as Berners-Lee points out, there are significant questions over fair use, archives, potential new security vulnerabilities, and whether content producers will lock down their video and music to a point where people are increasingly trapped in closed systems.

But, in the overall scheme of things, the bloke who invented the Web and has spent much of the past 20 years overseeing its development argues that allowing for digital rights management is the right path to go down.

"The web has to be universal, to function at all," he argued. "It has to be capable of holding crazy ideas of the moment, but also the well polished ideas of the century. It must be able to handle any language and culture. It must be able to include information of all types, and media of many genres. Included in that universality is that it must be able to support free stuff and for-pay stuff, as they are all part of this world. This means that it is good for the web to be able to include movies, and so for that, it is better for HTML5 to have EME than to not have it." ®