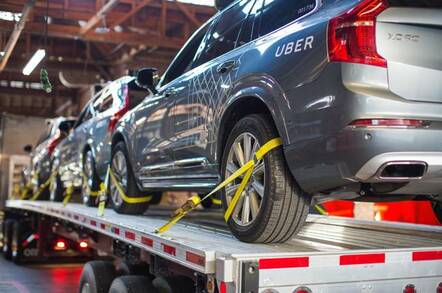 Taxi app Uber has lost its legal challenge to Transport for London’s requirement that its drivers must pass English language tests, according to reports.

The Financial Times, whose reporter was at the Administrative Court for the oral judgement delivered by Mr Justice John Mitting this morning, reported that drivers “must do more than converse with passengers to be able to communicate in situations such as a medical emergency.”

As The Register reported earlier this week, Uber’s lawyer Thomas de la Mare argued that about a third of the app’s 110,000 drivers would fail the £180-a-go English tests because it would be too difficult for them.

"It produces the profoundest of human effects. At one extreme it will lead to the loss of livelihood," he said – presumably including Uber managers in this statement as well as drivers.

London-licensed minicab drivers are exempt from taking the test if they have a GCSE in English or a higher qualification.

Mr Justice Mitting ruled in favour of Uber on some points, including that its drivers will not need to maintain private hire insurance when they are not driving and that the company will not need to establish a London call centre. The app currently has its English-language call centre in Ireland.

Uber previously lost an October employment tribunal which ruled that its drivers were entitled to the minimum wage and employment benefits. The tribunal found that Uber’s terms and conditions for drivers “do not properly reflect their relationship” and had been written to “misrepresent it”.

Peter Blake, Transport for London’s director of service operations, said in a canned statement sent to The Register: “The judgment today means that we can ensure that all licensed drivers have the right level of English, which is vital for customer safety. We will reflect on today’s judgment and consider how best to deliver the further improvements we want to see to passenger safety and to standards across the industry.”

Uber has said it will appeal against the judgement. ®