US Congress to NSA: How many Americans do you illegally spy on?

NSA: It's hard to tell. Now could you reauthorize our authority to keep doing it? 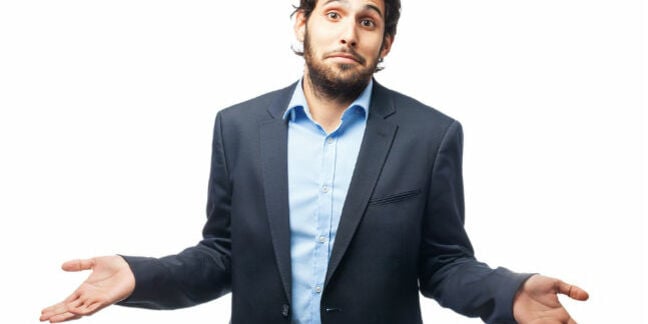 If there is one piece of information that would fatally undermine the NSA's argument that it doesn't abuse Section 702 of the Foreign Intelligence Surveillance Act (FISA), it would be the number of American citizens whose personal information it has "incidentally" hoovered up.

And that is why it refuses to provide the figure.

There were two House Judiciary Committee meetings in Congress yesterday over the reauthorization of Section 702 in December. The first was held in secret with members of the security services; the second in public with panelists.

We don't know what happened in the first but in the second, a number of Congressmen made it plain that the NSA had failed to provide an estimate for the number of American citizens it has data on – despite the committee asking for it 11 months ago in a formal letter.

John Conyers (D-MI), the lead Democrat on the committee, noted that the lawmakers had repeatedly asked for the estimate but "the intelligence community has not so much as responded to our December letter" – a letter that asked for no more than an update on how long it would take to arrive at an estimate.

The intelligence community continues to argue it is difficult to tell the nationality of someone making a call or sending an email without a huge amount of effort or without violating their privacy.

That claim "seems like baloney to me," said Jim Jordan (R-OH), adding: "It's the greatest intelligence service on the planet. You'd think they'd be able to know that."

The truth is that the NSA cannot disclose the true figure if it wishes to retain its extraordinarily broad surveillance powers – powers that it has interpreted to include tapping the internet's backbone and big tech companies' server farms.

Section 702 repeatedly and explicitly notes that it only provides authority to gather information on non-US citizens and events occurring outside of the United States. And yet, incredibly, the security services have layered misinterpretation of the law on top of misinterpretation in order to authorize themselves to tap into US companies' systems based in the US.

The moment the scale of the domestic spying this has enabled is laid bare, the NSA's obtuse claim of "incidental" and "accidental" gathering of data on US citizens will be shown to be the façade it is. Which is why it won't release the figure.

In a political climate where up is down and down is up, where the attorney general can answer an explicit question with a No and then claim he was asked a different question when that turns out not to be true, it is perhaps not surprising that some of the other answers asked at the hearing stretched reality to the breaking point.

One of the panelists, assistant professor at the US Naval Academy Jeff Kosseff, argued that the Fourth Amendment (no unreasonable search without a warrant) did not apply to Section 702 because it covered "foreign intelligence."

That is despite the fact that the Snowden documents showed – particularly through the PRISM system – that the security services were spying on domestic telecommunications.

Equally mind-boggling was the claim by former NSA attorney April Doss, now a partner at Saul Ewing LLP, that Section 702 was only used for "targeted surveillance." While that is certainly the intent of the law, the reality is the opposite – we know, again from the Snowden documents, that vast quantities of data are pulled into government databases, retained, and then searched.

Doss also repeated the NSA argument that trying to estimate how many Americans had been included in the broad sweep of communications would lead to a greater intrusion into their privacy.

You suspect that the argument that Congressmen shouldn't consider anything in the Snowden documents because they were leaked illegally is rolling around the back of their heads just waiting to slip out.

Next page: Snooping on 'a massive amount of Americans' communications'
Page:
Tips and corrections
31 Comments