Nimble: Just as well our cloud storage runs in our own cloud, eh, eh?

Data is not stored in AWS or Azure 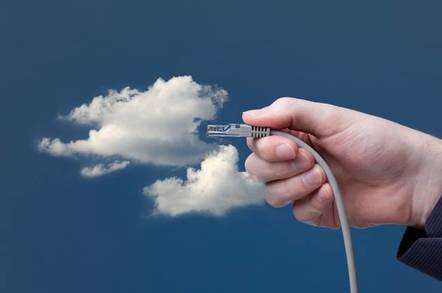 Explainer Nimble’s Cloud Volumes (NCV) store block data for use by Amazon or Azure compute instances, but the NCVs themselves are not stored in either Amazon’s Elastic Block Store or in the Azure cloud.

With remarkable timing – Nimble made these claims just hours before the S3 outages, which had knock-on effects for EBS and other services – the storage contender claimed the two cloud giants' infrastructure does not have the availability or reliability needed. Nimble staffer Dimitris Krekoukias quoted Amazon EBS documentation as an example to justify this stance:

Amazon EBS volumes are designed for an annual failure rate (AFR) of between 0.1 per cent - 0.2 per cent, where failure refers to a complete or partial loss of the volume, depending on the size and performance of the volume. This makes EBS volumes 20 times more reliable than typical commodity disk drives, which fail with an AFR of around 4%. For example, if you have 1,000 EBS volumes running for 1 year, you should expect 1 to 2 will have a failure. EBS also supports a snapshot feature, which is a good way to take point-in-time backups of your data.

He claimed: “Every single customer I’ve spoken to that has been looking at AWS had never read that link I posted in the beginning, and even if they had they glossed over the reliability part.”

Krekoukias, blogging as RecoveryMonkey, claimed the following about ABS and Azure block storage:

Nimble says its data centre transactional applications, which use block storage, are inhibited from moving to cloud it can't guarantee, saying “Nimble has built its own cloud to deliver the Nimble Cloud Volumes service.”

The Nimble cloud is strategically placed around the world in locations in close proximity to AWS and Azure cloud infrastructure, ensuring low-latency access. The Nimble cloud is built using Nimble flash technology for storing data (i.e. it does not use the storage from either AWS or Azure). The service is managed through a simple portal and provides storage volumes that can be attached to Amazon EC2 or Azure Virtual Machine instances.

Customers can “choose a capacity, performance and backup SLA, and attach to either AWS and/or Azure.” And "The users never see or touch a Nimble system in any way. All they see is [our] easy portal."

There are six "nines" storage uptime and data integrity is “millions of times more than what native cloud block storage provides.” Really?

In a separate blog Krekoukias writes: “Nimble creates a checksum and a “self-ID” for each piece of data. The checksum protects against data corruption. The self-ID protects against lost/misplaced writes and misdirected reads “

Add this to the triple+ parity RAID scheme Nimble uses and Krekoukias thinks he is justified in saying NCVs are more than a million times more durable than EBS or Azure block storage.

He says that, with database IOs prioritised over low-latency sequential IOs, Nimble offers an IOPS SLA with its Cloud Volumes.

"So, a customer that's already paying $1,500 could create a huge volume temporarily to test something and then delete it in a few hours. We will only charge them for that day of use."

The Register has contacted Amazon for comment about the claims.

Nimble has built a public block storage cloud service, which means quite some investment in facilities and software. Obviously it thought this was the best, if not the only, way to get on-premises transactional block data availability and durability levels up to mission-critical type levels. That way it can continue to sell its storage facilities, on a cloud usage basis and integrate with its on-premises gear in a hybrid cloud model.

Of course its users are locked in to NCVs but, with NCV availability and durability being, as far as we know, unique in the public cloud arena that will be a trade-off its customers are willing to make.

There are alternative public clouds for backup data, like those from Backblaze and Carbonite, but block storage is quite another matter.

This Nimble public cloud block storage is certainly an individual marketing tactic and we wonder if other on-premises storage array suppliers will do the same thing. We’d point out that, as far as we know, no other stand-alone storage supplier is doing this. There are IBM and Oracle with their public clouds but these are system-level offerings. Dell (EMC), HDS, HPE and NetApp are not doing what Nimble has settled on.

It is, literally, a nimble offering. We’re surprised, and say it’s great to see a small player shake up the cloud block storage market. Let’s hope it builds up a sufficient customer base for it to withstand whatever pricing hammer blows Amazon might send its way in the future. ®

Analysis No one can agree on how it's calculated

Ignite Lower latency, better availability and Cassandra. What's not to like? Maybe the price

Hybrid pipes and services for Amazon-sippers

Go forth and break it: Google pushes NASty Cloud Filestore to beta