AIX-on-Power-as-a-service is a thing? Yup, a cloud just went there

Why should modern OSes and silicon have all the fun? 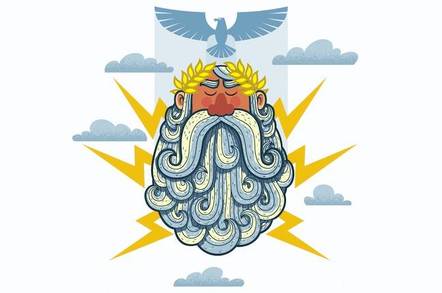 The cloud's great for x86 CPUs, Windows and Linux.

Other architectures? Not so much. IBM has a Power-powered cloud, but delivered it almost a year late. We've also spotted the occasional ARM-powered clouds and know of niche hosting companies that will put anything in a cloud-like environment, even anAS/400 tricked out to Tweet. And who could forget Google's expression of interest in a Power-9-powered cloud.

Rejoice, then AIX-on-Power users, for an outfit called "Skytap" has just cooked up a cloud for your platform.

Skytap also runs an x86 cloud in nine locations around the world, specialising in lift-and-shift of on-premises applications so that you can take bespoke code into a pleasingly elastic environment. Once you make that move, the company hopes you get down and dirty with DevOps to modernise those apps, a task made easier by the fact you'll have stopped mucking around with hardware and can just dial up on-demand AIX-on-power from Skytap's cloud.

The company now thinks its schtick will appeal to AIX-on-Power users, who frequently run apps tightly coupled to infrastructure and therefore have challenges when they want to scale or move workloads. Chief Technology Officer Brad Schick says Skytap has sorted out how to do things like provide the same number of vCPUS an application expects to see inside on-premises hardware. Importantly, Skytap has built the same cloud services and portal it offers on x86 for AIX-on-Power, so you'll just see a cloud that happens to run AIX, rather than an AIX environment.

That IBM's own Power cloud is Unix-on-Power means Schick thinks Skytap has a niche to explore.

But the company isn't rushing to market. It will install servers as customers demand them, probably as they seek cloudy test and dev rigs. ®

And you thought big Unix was dead! Well it ain't. And it wants upgrading inside a year

Actifio and the curious affair of the AIX copy reduction tech

'Been breeding in the wild for a long time, there's some strange beasts out there'

If you haven't already killed Lotus Notes, IBM just gave you the perfect reason to do it now, fast

Legacy wine in new bottles – just what some customers want