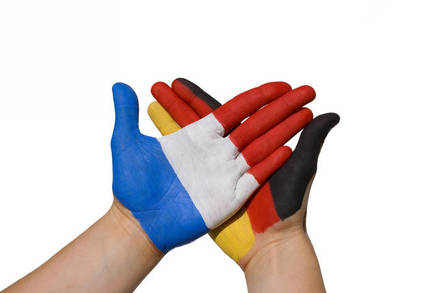 The tech industry has hit back at France and Germany's demands for EU laws requiring secret backdoors in file and communications encryption.

Last week, Thomas de Maizière and Bruno Le Roux, respectively the German and French ministers of the interior, sent a letter to the European Commission calling for measures to stem what they see as a tide of terrorism sweeping the land.

These proposed measures include allowing the greater sharing of people's personal information between nations' police forces to fight crime; more reliance on biometrics; and – as is depressingly predictable these days – demands for technology companies to come up with impossible encryption systems that are secure, strong, and yet easily crackable by law enforcement on demand. That would allow investigators to decrypt suspects' intercepted messages and seized documents without needing the person's passphrase or private keys.

The German-French letter [PDF] calls for new legislation implementing these changes to be considered in October, after both countries have had their national elections.

This isn't the first time the pair have called for such measures, but this time they received support from the European Commission. "Encryption technology should not prevent law enforcement agencies or other competent authorities from intervening in the lawful exercise of their functions," an EC spokesman said in response to the letter, according to Politico.

The remarks brought a swift bite back from the Computer & Communications Industry Association, the non-profit think tank that lobbies for the technology industry. Christian Borggreen, its director of international policy in Brussels, slammed the idea as counterproductive late last week.

"Any backdoors to encrypted data would pose serious risks to the overall security and confidentiality of Europeans' communications, which seems inconsistent with existing legal protections for personal data," he said.

"Weakened security ultimately leaves online systems more vulnerable to all types of attacks, from terrorists to hackers. This should be a time to increase security – not weaken it."

It looks as though the encryption wars have moved to Europe. For years now in the US, the FBI and others have been banging on about the need for crimefighters to have secret backdoors into encryption, or even a front door, as the director of the Feds likes to call it.

There may be British readers who are feeling rather smug about this latest European proposal, and think that Brexit UK will be immune from such silliness. Not so – Blighty already has legislation that paves the way for mandatory backdoored encryption, it just hasn't worked out how to force the issue yet.

As has been pointed out many times, it isn't mathematically or technologically possible to build a backdoor into encryption that is completely exclusive to a select set of people, and can't be found and exploited by others. The only way under today's technology would be to have a key escrow system, and that would fall down if someone with access to the keys were to be bribed or coerced into handing them over. ®