'Increased error rates' is the new 'outage', according to Bezos' bit-barn bods 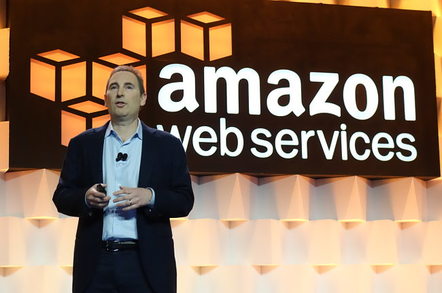 Amazon Web Services is scrambling to recover from a cockup at its facility in Virginia, US, that is causing its S3 cloud storage to fail.

The internet giant has yet to reveal the cause of the breakdown, which is plaguing storage buckets hosted in the US-East-1 region. The malady kicked off around 0944 Pacific Time (1744 UTC) today.

It has led to major websites and services – including Imgur, Medium and the Docker Registry Hub – falling offline, losing images, or left running like treacle. We're also hearing loads of media titles that use S3 to serve pictures, plus Runkeeper, Trello, and Yahoo webmail, are all suffering: basically, this outage has knackered half the internet, it seems, because it all relies on S3 to store data online.

Just to stress: this is one S3 region that has become inaccessible, yet web apps are tripping up and vanishing as their backend evaporates away.

AWS, for some reason, insists this isn't an "outage" but rather a case of "increased error rates" for its most popular cloud service. Infuriatingly, the status dashboard for AWS shows all green ticks at time of writing, despite what feels like a chunk of the internet going missing as a result of the downtime.

"We've identified the issue as high error rates with S3 in US-EAST-1, which is also impacting applications and services dependent on S3. We are actively working on remediating the issue," the Amazon Web Services team said a few moments ago.

Developers and netizens don't seem to notice much of a difference in the distinction between outage and high error rates:

AWS S3 buckets are down. That's like half the internet. #Amazon

AWS S3, the most rock-solid reliable service I have ever used, is having an outage. It's like oxygen stopped working.

This has also taken down @docker's hosted services which are suffering a “Full Service Disruption" https://t.co/bIRYUvCAij https://t.co/aaQxsjCbNT

"We are experiencing a complete S3 outage and have confirmed with several other companies as well that their buckets are also unavailable," reported one chief technology officer, writing today on a mailing list for network admins seen by The Register. "At last check S3 status pages were showing green on AWS, but it isn't even available through the AWS console."

At 1033 PST (1833 UTC), Amazon updated its status page for AWS to say: "We're continuing to work to remediate the availability issues for Amazon S3 in US-EAST-1. AWS services and customer applications depending on S3 will continue to experience high error rates as we are actively working to remediate the errors in Amazon S3." ®

PS: Amazon has now brought its busted S3 buckets back online. Read all about it, here.