Fiscal '17 was a record year for us, says Workday CEO 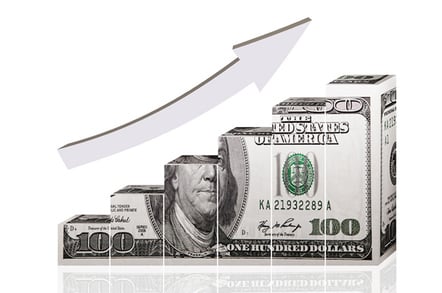 Is that the sales or the losses?

It was a record-breaking year for finance and HR cloud purveyor Workday for all the right and the wrong reasons: sales reached a new high aided by Oracle’s disruptive buy of NetSuite, but losses soared too.

On a conference call with analysts, CEO Aneel Bhusri said it closed Q4 - when total turnover grew to $436.6m from $323.4m - with 1,528 Human Capital Management punters including newbies BP, Deutsche Bank and Wal-Mart.

Over in the Financial Management applications area - financial consolidation, reporting and management pricing - 40 punters signed, including in the quarter, taking the tally to 324 for core financials, 111 for planning and 452 for expenses.

Bhusri claimed Oracle’s consumption of NetSuite “resulted in quite a bit of turmoil” in NetSuite’s customer base, “and I think it’s only at the beginning. My guess is that most of the NetSuite management team will be gone in 12 to 18 months,” he told CNBC.

Costs and expenses swelled to $1.946bn for the year, more than Workday turned over. This included big jumps in product development and sales and marketing, though there were other marked increases across the board.

For the current financial year, Bhusri predicted revenues would exceed $2bn and is making some changes to the leadership team, promoting Chano Fernandez to exec veep for global field operations. ®

HR and finance cloud vendor focuses on its own apps

More grunt to its HR elbow

Pete Lorant, EMEA director calls it a day at the chocolate factory