Plus, an extra 50 'exceptional' folk can get a Tech Nation passport 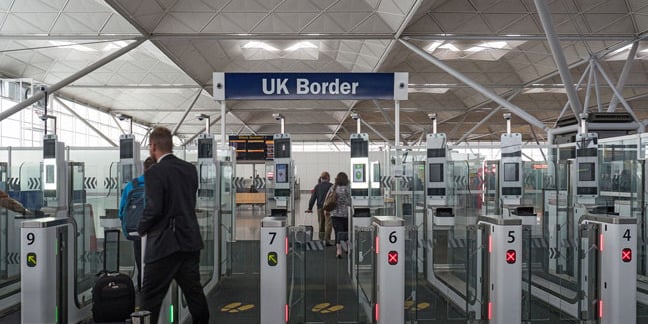 The UK government is considering a five-year post-Brexit visa scheme that would allow more foreign employees – including those in the tech sector – to work in the UK, according to reports.

Ministers are considering plans that would grant more multi-year visas to migrant workers in “key” sectors, The Sunday Times reported this weekend.

A time-limited visa would only be granted to those arriving in the UK with a job, it would seem along the lines of the working visas currently issued to non-EU nationals. Benefits for such visas are limited.

The Migration Advisory Committee, an independent body, would advise on numbers of visas, The Sunday Times (behind paywall) reported.

According to The Times, a minister said: “The simplest way is to have five-year visas. You’re welcome to come if you have a job where we need you, but you don’t get benefits and then you leave.”

MAC is a non-departmental government body sponsored by the Home Office that has produced reports on the UK’s labour shortages.

Home secretary Amber Rudd, meanwhile, confirmed free movement of labour – one of the core principles of the EU – would come to an end under Brexit.

“On thing I can confirm is we will end freedom of movement as we know it,” Rudd said here.

She said the government is “looking at a range of options” for a new immigration system with plans put to businesses in the summer.

The Home Office would not comment on the reported five-year work visas.

A spokesperson told The Reg: "We said we would use the opportunity of leaving the European Union to take control of our immigration system and we will do exactly that. Our plans will be published in due course but this is just speculation.”

While the government gambles with the fortunes of British-based tech employers’ ability to hire talent, the prospects for startups is rosier – a little.

Meanwhile, digital economy wrangler Tech City – which decides who gets the 200 visas awarded to migrants with "Exceptional Talent" in Digital Technology – has been granted the right by the Home Office to allocate an extra 50 to those individuals it considers eligible for entry to the UK before the end of April.

After five years in the UK, the visa – which the government-funded agency has branded the "Tech Nation visa" – would give the applicant the right to settle.

Tech City reckons applications for Tech Nation visas have peaked since June, month of the UK’s EU referendum, with 315 applications received so far. Of course, there's no telling how many they'll receive once freedom of movement in the EU is restricted.

Among its claimed successes are a software developer for machine-learning startup Magic Pony, bought by Twitter for $150m, and “a game designer from Disney”. ®