Part of trend by operators desperate to reinvent themselves 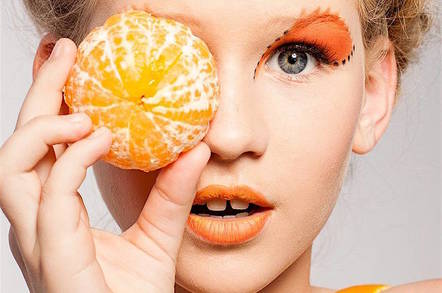 MWC Frenchie telco Orange is reinventing itself as a bank next month, with plans to offset lacklustre revenue by branching out into the rest of Europe and possibly the UK.

Speaking at Mobile World Congress, Benedicte Javelot, head of group strategy at Orange, said: "We will be launching Orange Bank in few weeks, which will be disruptive in France... It is quite exciting as an incumbent to feel like a new comer."

Javelot said the former UK telco plans to open its virtual doors to other customers customers across the continent.

Asked if that meant it could be returning the the UK's shores, she said: "Our first aim is to be a bank for our customers, and to target our customer where we can bring value to shareholders.

"If it is a success, why not, we will be happy to have you as a customer."

She said the company hopes to become a custodian of customer data. She said the outfit also hoped to move into the home security market.

"The digital transformation is a very big field to enter new business. We want to be number one partner in the digital life of our customers."

Orange formally left the UK market when it flogged its joint stake in EE with Deutsche Telekom to BT for £12.5bn.

Speaking at the same event, Elena Gil Lizasoain, big data director at Telefonica, said her business was looking at ways to flog anonymised customer data to "help" its corporate customers.

"We can help financial services companies.. there are lots of examples [of new markets] for us."

Kester Mann, analyst at CCS, noted that a number of telcos are eager to reinvent themselves in order to offset declining revenues.

For example, O2's owner Telefonica has been eager to enter the Internet of Things market, as has Vodafone.

He said: "Banking would give Orange an opportunity. There is an element of risk associated with it, although its unclear how much revenue Orange would make from such a move."

Orange had previously told The Register it needed to change the way it operates in Europe, "which is a very saturated market."

However, he said it would be difficult for Orange to return to the UK.

"It's probably a tough one, as they don’t have a relationship with customers any more. So it would mean a re-emergence of a new operator brand."

It was recently announced by EE that the Orange brand would disappear entirely, with the free Orange email service to be scrapped at the end of May.

Orange posted flat revenues of €41bn for its full-year results 2016. ®

It's a connected land grab of things