Enforcement officers bully their way to catching 28 offenders per week for £15,000 bonus 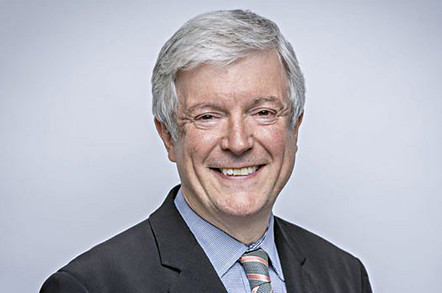 Capita, to whom the BBC has outsourced its licence fee shakedown efforts, has been found to be targeting vulnerable people as part of an aggressive bonus scheme for its collectors.

An investigative report by the Daily Mail has found Capita to be offering bonuses of up to £15,000 a year to its 330 enforcement officers, who have orders to each catch 28 licence fee evaders each week.

According to the undercover reporter, those targeted included “a war veteran with dementia and a desperate young mother in a women’s refuge” in the last week alone.

Capita is paid £58m a year by the BBC in a contract which will run until 2022. Auntie generates approximately 74 per cent of her net revenue through licence fees, £3.7bn of which Capita claims it collects.

In 2015, 166,000 people were fined for licence fee evasion, which is a criminal offence. The fee, which is required for all television-watching households in the UK, is £145. The maximum penalty for watching BBC channels or iPlayer without a licence is £1,000.

The Mail's reporter was apparently told during a potential job interview: “We will drive you as hard as we can to get as much as we can out of you because we’re greedy.” The paper claims the reporter was also encouraged to spy on homes and take money on the doorstep.

Capita told the BBC that the statements made to the undercover reporter did “not reflect the high standards we expect.”

A statement from the BBC said the organisation had asked Capita to “investigate urgently” and “ensure swift and appropriate action is taken.”

It added: “Capita is contracted to manage the majority of the service and there are clear policies and standards in place that we expect to be upheld at all times by Capita employees. We expect enquiry officers to behave in a courteous, professional manner and abide by a published code of conduct.”

According to the Mail, culture secretary Karen Bradley will haul Tony Hall, the BBC's director general, in for questioning in the coming days. Capita's bosses also face being brought before MPs.

Hall sent the following letter to Andy Parker, Capita's CEO, regarding the reported activities involved in Capita's collection of the telly taxes:

I am writing to express my serious concern about the newspaper stories that have appeared today about licence fee collection by Capita. As part of the investigation that has been set up I do expect your urgent clarification and reassurance on a number of points.

Enforcement is clearly important for public confidence in the licence fee system. However, it must always be carried out in a way that is fair and reasonable. In particular it must deal sensitively with vulnerable people. There is a very clear Code of Conduct that sets out the BBC's expectations from Capita. It is vital that your Enquiry Officers adhere to it and conduct themselves to the highest of standards.

I recognise that the newspaper stories that have appeared today relate to a single job interview, and it would be premature to judge the entire licence fee collection system through a single case. I do, however, require urgent confirmation that:

Public trust is the cornerstone of the licence fee system. It is clear that, in this instance, Capita has fallen short of the standards the BBC has a right to expect on behalf of the British public.

I would be grateful for your response to the questions I have raised as a matter of urgency. Given the public interest I am releasing this letter to the media.