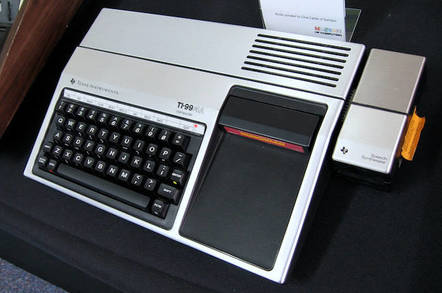 Feature The retro computing and gaming scene is seeing no shortage of interest these days. Old fans and curious millennials are flocking to take nostalgia trips on the popular consoles of the 1980s.

While the likes of the ubiquitous NES, Atari 2600 and Apple II have all received attention, there are other, lesser-known machines that have also seen dedicated communities emerge.

One of those is the TI‑99/4A, a forgotten BASIC-powered PC whose retail run only lasted for three years.

Despite being on the market for 13 fewer years than the Apple II and shipping at least 10 million fewer units than the Commodore 64, the TI‑99/4A has built a dedicated and thriving group of collectors, modders, and developers who both preserve the history of the machine and build new hardware to improve its capabilities.

Released in 1981, the TI‑99/4A was one of countless entries into the personal computer space in the early 1980s that did not make it to the halfway point of the decade. Though it claimed a number of unique features – including the 3MHz 16-bit TMS9900 processor and a massive expansion box known as the PEB – the TI‑99/4A was discontinued in 1984 after a disastrous price war with Commodore that at its lowest saw the $1,150 box sell for a mere $50.

Among the buyers was Lee Stewart, who had already been using computers in various capacities for 20 years when he bought his TI‑99/4A.

"I had been in the computer game for 20 years by that time and had gotten excited about microcomputers in the mid 70s, but I did not have the money to spend on them and they were not yet ready for prime time, anyway," he told The Register.

"My wife was on the lookout for Christmas gifts for the kids (at the time, we had five kids, ages 4 to 13). TI and/or retail stores had just knocked down the price of the TI‑99/4A to $50 as TI was getting out of the market. This included joysticks and the speech synthesizer module. She bought one and we started learning what we could do with it."

Fellow TI-99/4A enthusiast Alan Rateliff was nine years old when his family was wooed in by the bargain price tag.

"When my family would go into town (we lived on an air base 17 miles from town) we inevitably wound up at K‑Mart and instead of the toys department I would hang around the computers and electronics section," Rateliff said. 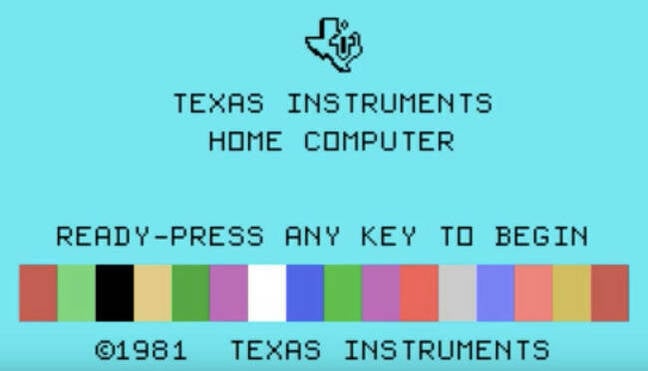 Chris Schneider said that, apart from a short detour that included a tour in the US Marine Corps, he has been using a TI‑99 in various capacities since he was in the 9th grade.

"My parents bought me my first TI-99/4A console and data cassette recorder in 1983," he said. "I had it hooked up to a 13‑inch RCA color TV and it all set up on the old SNACK trays. You remember, the ones you would sit down and eat a TV dinner on."

Eventually, Stuart, Rateliff, Schneider and others came together in a number of online communities, including retro computing site AtariAge, where a dedicated community has popped up around the TI box. 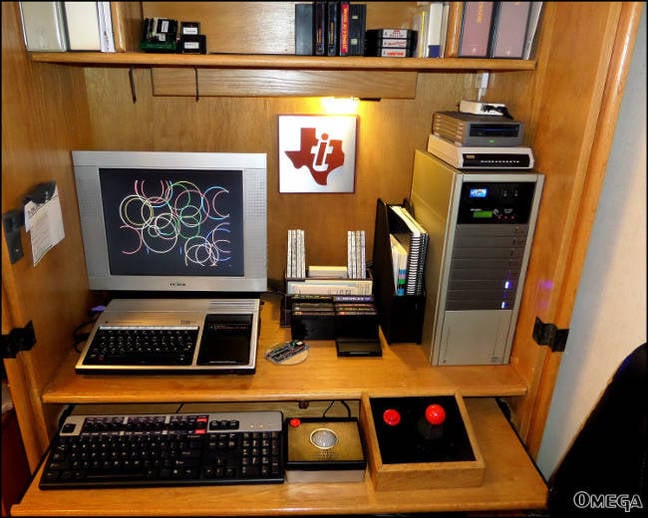 Others, such as IT pro Leonard Rivera, eventually stumbled upon the community after grabbing an old system on a whim.

"This past July, a few days before leaving for vacation, I spotted a complete TI‑99/4a system for sale with a few cartridges," Rivera said. "I purchased it out of pure nostalgia just to own it again. Shortly thereafter I found the community and was taken completely by surprise."

The various members of the group say they have never gotten much in the way of help or encouragement from TI (which didn't respond to a request for comment from The Reg either), but through their accumulated knowledge, collected materials, and trial-and-error, they have managed to not only revive the vintage platform, but expand on it with a catalog of custom hardware and software additions.

Central to the modding is the TI‑99/4A's PEB expansion box and its cartridge system. Hobbyists have found that both allow for hardware capabilities to expand far beyond the early-80s limitations of the machine.

"The TI‑99/4A was the first 16‑bit personal computer," explains Greg McGill, network engineer and IT manager, who has been hosting BBS boards since the mid-80s when he got his first TI‑99.

"It has a unique architecture that is 'plug and play' long before that was even considered for other systems, which makes it easy to expand and add new devices." 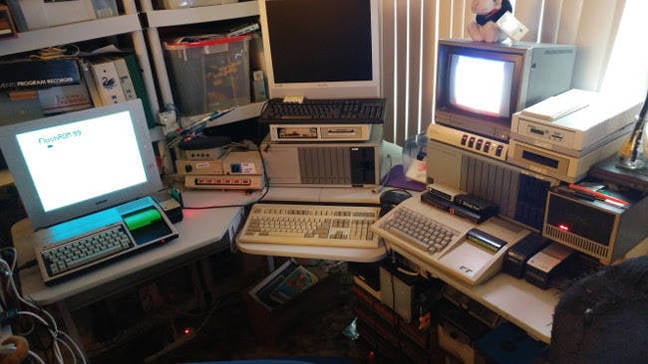 Next page: To mod, or not to mod?
Page:
Tips and corrections
80 Comments