South Australia is bigger than France. But AEMO's predictions use two weather stations 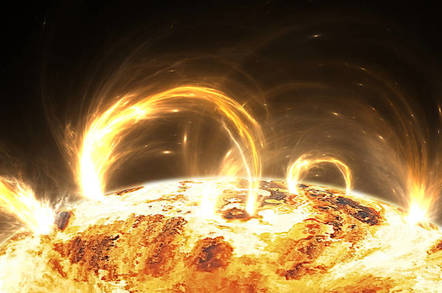 Another revelation has emerged that won't reassure large-scale electricity users in Australia: the market operator missed a coming heatwave because it didn't consider State-wide weather forecasts, relying instead on data from just two urban weather stations.

That snippet emerged in a report issued by the Australian Energy Market Operator (AEMO).

The inquiry was originally established to look into last September's “megastorm” blackouts in South Australia, where infrastructure damage caused "load-shedding", the quaint term that describes deciding not to supply some customers.

A heatwave that crossed the country from west to east in February led to load shedding in the State of South Australia, and the resulting blackout was exacerbated by a software bug that unnecessarily expanded it by thousands of households.

As noted by green energy site Renew Economy, instead of taking comprehensive forecasts from Australia's Bureau of Meteorology, AEMO inexplicably relied forecasts from private forecasters Weatherzone and Telvent forecasts and then from just two sources rather than State-wide data.

“For South Australia demand forecasting, AEMO uses an equal weighted average of hourly weather forecasts provided by WeatherZone and Telvent based on measurements taken at Bureau of Meteorology (BoM) weather stations at Adelaide Airport and Adelaide”, the report states.

Given that South Australia is larger than France, that may not have been a great approach.

As a result, the AEMO was expecting temperatures as much as 4°C lower than eventuated – and so its forecasts undershot actual demand during the heatwave.

The AEMO report (PDF) was published on 15 February, but its import came to the surface during a Senate hearing late last week, when Australian Greens senator Sarah Hanson-Young criticised the operator for its bad forecasting, noting that her ten-year-old daughter “knew all week it was going to be stinking hot”.

As Renew Economy notes, the data AEMO chose to use ultimately meant its market forecasts were unreliable, because the organisation overestimated the wind power that would be available.

The dual error meant by the time AEMO had a handle on the shortfall it was suffering, it was too late to call on a second gas generator. ®

As South Australia blacked out, PM's office was told renewable power was not to blame

18 seconds that blacked out South Australia

Comment Listen to PM Malcolm Turnbull, Australia - if you want your electricity to be like his NBN

Software glitch, not wind farms, blacked out 60,000 in South Australia

Software couldn't tell when its own arse was on fire