Rentokil man tells BBC it calls them automagically, so that clearly explains the price 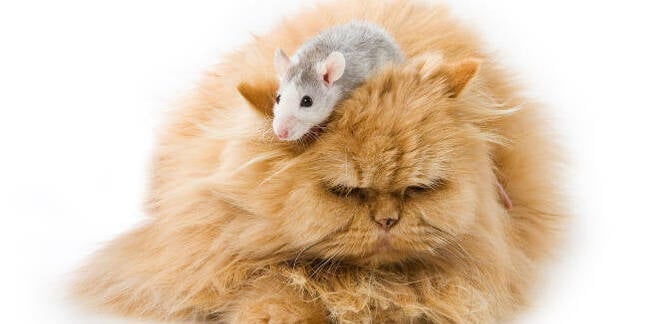 Traditional rodent solutions occasionally do not function as intended...

Pest control firm Rentokil has developed an Internet of Things mousetrap that gasses rodents and automatically calls out a disposal bod – and it can be yours for a cool £1,300.

The mousetrap was featured by an entirely straight-laced BBC video reporter, who asked a Rentokil rep: “This could be quite an expensive proposition. Why would they use this instead of a mousetrap with a bit of cheese on it?”

Berwyn Evans, of Rentokil, said: “This is a trap that’s connected to the internet, essentially. Whereas there are other standard traps on the market that just catch and kill the mouse, that mouse can be caught in that trap for several weeks or several months.”

“What this does is sends us a signal to notify us the trap has been activated, which allows us to respond.”

Undeterred, the Beeb’s Chris Fox politely enquired: “There are internet-connected cameras you can get that detect motion. People could use something like that to spot mice on their property. Isn’t that going to be cheaper than a system like this?”

Evans said yes, continuing: "What this allows us to do is catch, kill and contain the mouse... and provide the best solution to the customer as well."

A Rentokil press release from last year burbles on about how the super-expensive IoT mousetrap is built on Google Cloud and apparently had Agile techniques employed during its construction.

“There is a lot of hype around the Internet of Things in the market – and what we’ve created is a real, working solution that will help to grow Rentokil Initial’s connected business,” beamed digital solutions expert Dan Rossner of PA Consulting, which “collaborated” with Rentokil on making a mousetrap about 25,000 per cent more expensive than the traditional model which has served mankind for centuries.