Mozilla devs debate whether this is a bug or a feature 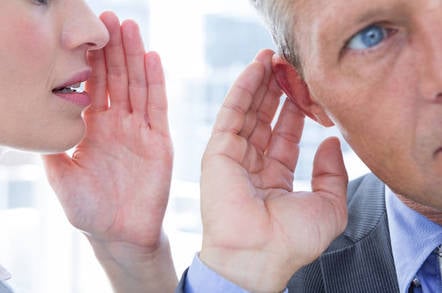 Firefox's intermediate certificate cache can be tricked into leaking to a deliberately mis-configured server, creating yet-another chance to fingerprint users (including those who think they're protected by Private Browsing).

The data leak identified by security researcher Alexander Klink could also let a malicious attacker identify browsers operating in a sandbox (for malware analysis) or not.

That's the genesis of Klink's realisation that if a user's browser behaves differently depending on server config, there might be some way to use that behaviour to infer which intermediate certificates are in their cache – and use that knowledge to create a user fingerprint.

Filed as bug #1334485 by Klink, the bug would let a third party Website send a request, and Firefox will leak the intermediate CAs from its cache. Having run a proof-of-concept, Klink says it even catches CAs from browsers operating in Private Browsing mode, because that mode doesn't isolate the cache.

Since certificate information is necessarily public, it needed only some time combing Root CA Extract data to build a list of certificate chains, and Project Sonar data to identify misconfigured sites.

The issue has raised a lively discussion at the Mozilla list about the severity of the problem and whether it's fixable. Gervase Markham notes that a useful attack would be non-trivial, while noting however that the authors of the Tor browser might consider disabling caching in their software. ®

You're not still writing Android apps in Oracle's Java, are you? Google tut-tuts at dev conf

Why IP telephony is about more than just saving money

Remember landlines? Cisco service wants you to remember them too, to make dial-in part of your isolation arsenal

Are you ready to ditch the switchboard and move to IP telephony?

The future is most certainly voice