'Alexa, am I being murdered?' 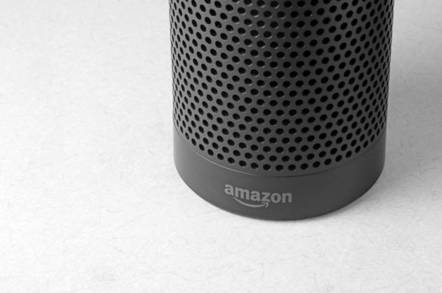 Police in the US believe an Amazon Echo overheard the murder of a bloke found dead floating in a hot tub. All the cops want is a copy of any audio recorded by the personal assistant, conveniently stored in Amazon's cloud.

One small problem: Amazon is still refusing to hand over any recordings, and has gone to court to shoo away the detectives for good.

The legal fight revolves around the slaying of Victor Collins, 47, on November 22, 2015. Collins had been drinking at the Arkansas home of his friend James Bates, 31, who officers arrested and charged with first-degree murder and tampering with evidence.

Collins was strangled to death, and had a black eye, investigators claim. Prosecutors allege he was killed by Bates, who then hosed down the area to hide evidence. The cops think Bates' Alexa-powered Echo, which was found in the kitchen, may have recorded what went on that night, even though you need to say a wake word to activate Alexa – and we can't imagine "Alexa!" "Amazon!" or "Echo!" coming up during a mortal struggle.

Still, the plod got a search warrant demanding any conversations or sounds the gadget sent to Amazon's cloud. Yes, Amazon processes and stores your Echo chats in its banks of computers.

Amazon refused to fully comply with the search warrant, and has now filed a motion to the Circuit Court of Benton County, Arkansas, to quash the order. The tech giant says any conversation a customer has with their Echo is covered by the First Amendment.

"The warrant requests that Amazon produce any audio recordings and transcripts that were created as a result of interactions with an Amazon Echo device owned by the defendant James Bates and located in his residence," the filing [PDF], submitted earlier this month, reads.

"Given the important First Amendment and privacy implications at stake, the warrant should be quashed unless the Court finds that the State has met its heightened burden for compelled production of such materials."

The police were asking for, among other things, all Echo recordings in the 48 hours surrounding the presumed time of death. Amazon handed over logs of stuff purchased via the voice-controlled device, and the owner's account information, but not a single byte of any sound recordings or their transcripts.

"The recordings stored by Amazon for a subscriber's Echo device will usually be both (1) the user's speech, in the form of a request for information from Alexa, and (2) a transcript or depiction of the Alexa Voice Service response conveying the information it determines would be most responsive to the user's query," Amazon said.

"Both types of information are protected speech under the First Amendment."

Leaving aside the legal arguments, Amazon is keen to ensure that the police can't use its devices as perpetual bugs in the homes of their owners. If legal precedent is established for that, sales will go off the side of a cliff. ®