Ah, the Raspberry Pi 3. So much love. So much power ... So turn it into a Windows thin client 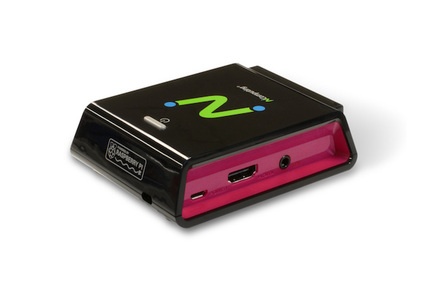 Using the Raspberry Pi 3 as a Windows thin client is not a new idea, but NComputing has wrapped it all up in a nice package for its target markets of schools and verticals.

The NComputing RX300 is a $99 piece of kit that uses the Pi 3 board in two modes: running native Raspbian Linux, or as a Windows VDI thin-client. And unlike other thin Pi offerings, the RX300 can support dual monitors.

vSpace Pro, which NComputing makes free for anyone to download and use, piggybacks on Windows' built-in Remote Desktop Services: the working environment is hosted on a remote server, and thin client logs in and renders the desktop on the connected display. This RDP approach avoids having to mess around with setting up virtual machines and hypervisors.

NComputing is the company founded by eMachines founder Young Song. In the late Noughties, Song took a back seat, but returned to the helm in 2015. ®

Suitable attire, seeing that it's dead

Hey kids! Ditch that LCD and get ready for the retro CRT world of Windows Terminal

An update inbound with Search, Settings and Scanlines