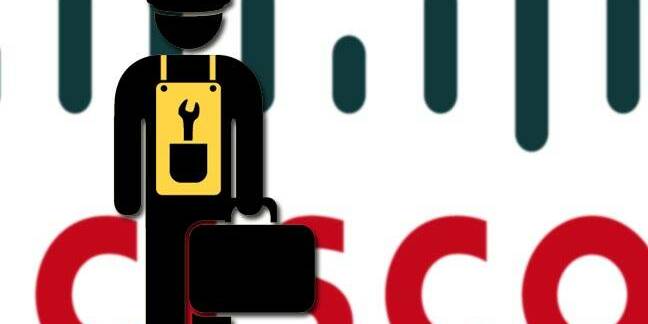 Hard on the heels of a second-quarter result in which software subscriptions provided one of the few bright spots, Cisco's revealed a slew of new software-based systems.

Today's announcements are for a bunch of software-based routing and security offerings at the branch, colocation, and cloud level.

Network Function Virtualisation (NFV) has had its first outings in carrier networks, but Cisco reckons it's now ready for enterprise applications.

NFV refers to taking capabilities that used to built into boxes (firewall, load balancer, SSL accelerator and so on), and instead offering them as virtual appliances.

The Cisco Enterprise Network Compute System (ENCS) 5400 Series is an NFV platform to take routing, security, and WAN optimisation out to the branch without having to ship boxen out to branchen.

Next on the list is the Cisco Secure Agile Exchange, which virtualizes the network perimeter. We think that means wherever a user makes a connection from, they get the same services on the same virtualized network.

There's also a new version of the Identity Services Engine, 2.2, which the company says looks deeper into endpoints' applications, with “DEFCON” escalation policy [Agile and DEFCON in one release, was it interns' week in product marketing? - Ed].

The software-defined three-letter acronym gets a new third letter: SD Segmentation, added to TrustSec. It's designed to isolate attacks and stop threats moving around a network, by letting admins push appropriate policies out faster.

It's implemented in TrustSec 6.1, which is now available across the company's enterprise networking solutions.