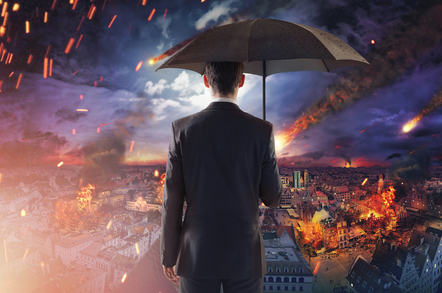 Toshiba is looking to raise almost $9bn (‎¥1 trillion) by selling off a majority stake in its memory chip business, according to Reuters, and so repair its finances, which have been devastated by cost overruns in its US nuclear power business.

That is costing it around $6.3bn but Toshiba's banks want it to raise more to cover other possible writedowns and the company has said it is willing to sell a majority stake in this business or all of it to one or a group of buyers. This follows initial plans to sell an up to 20 per cent stake in its memory division, which buys in chips from the joint-venture fab, owned in conjunction with Western Digital.

Problems in Toshiba's Westinghouse nuclear power unit in the US have delayed the release of its latest earnings report and its chairman has since resigned.

When a 20 per cent stake in the memory business was offered for sale, with completion desired by the end of March, interested parties were said to include SK Hynix, Micron, WD, Taiwan's Hon Hai Precision Industry Co and Bain Capital. China's Tsinghua Unigroup was also mentioned. WD was said to be impeded by potential anti-competitive moves by regulatory authorities, which would take many weeks to negotiate.

Now that completion is set for March 2018 there is more time for any regulatory obstacles to be negotiated and WD may be more interested. The addition of Toshiba's flash drive business to its own would help WD grow its flash storage business to a probable top-three supplier position. WD in fact might like to get a majority stake but $8.8bn is a huge amount of money; it might not want to put so much at risk.

It might also be thinking that a cash-strapped Toshiba would not be able to invest as much cash as is needed in the flash chip JV for 3D NAND developments. Balancing the two risks is going to be a tricky operation. ®