And they've already got an integrated modem to show for it 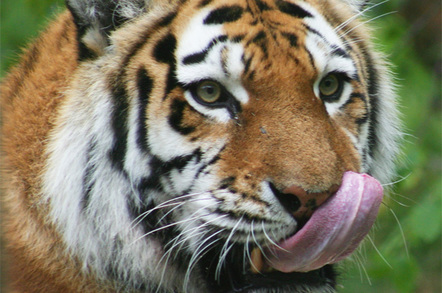 The move "will save the industry years of development effort and improve access for developers by reducing the time it takes to get products approved by standards bodies and network operators," according to ARM's wireless business GM Paul Williamson, writing on the company blog.

The move will give ARM access to both firms' "specialist engineering expertise in software and hardware IP," we're told. Each firm specialises in IoT products down at the radio hardware and software level.

"It may signal a slightly new direction for ARM's approach to IoT," Tom Rebbeck of Analysys Mason told The Register. "It is an interesting deal as it moves ARM into radio technology, which they've not really done before - they have focused on the processors powering the radio but not the radio technology itself. It is also not where they have a huge amount of expertise, which is how these acquisitions fit."

Staines-headquartered NextG-Com specialised in designing OSI layer 2 and 3 protocol software for Internet of Things devices, including its ALPSLite products which are both LTE-focused: one for the NB-IoT standard favoured by the world's mobile operators and one for its wider band brother, LTE-M, which is gaining ground in the US. Last year the firm boasted that ALPSLite was the industry's first 3GPP Cat-0 protocol stack.

Two-year-old Swedish startup Mistbase's Valkyrie-NB product was a "physical layer hardware and software" offering, a reference platform which was supplied with an OS, a radio and a processor. The idea was that customers could customise it by adding their own or COTS components to end up with a complete LTE chipset.

It's no real surprise that ARM is going full throttle on NB-IoT tech. An ARM whitepaper from last year, highlighted in the company blog post announcing the buyouts, described the advantage of LTE Cat-M and NB-IoT over competing technologies such as Sigfox and LoRaWAN as follows: "LTE can leverage the existing network infrastructure. Indeed, base station providers claim that the LTE Cat-M and NB-IoT technologies will only mean a software upgrade to support the latest standards and therefore the network deployment cost will almost be zero."

ARM already has its own Cordio range of Bluetooth chips 'n' associated gubbins. Its new Cordio-N chip is its first fully integrated NB-IoT cellular modem, based in part on the bought-in tech from the two startups.

Perhaps surprisingly, regulators do not appear to have stepped in to ask why MNOs with licences for traditional mobile spectrum are moving towards using it for IoT operations. One particular marketing study seen by El Reg recently reckons that IoT worldwide "market value" will hit $1.7tn in 2020, against global MNO revenues alone of $3.7tn by 2020, according to GSMA estimates.

Nonetheless, there's no disputing that buyouts of small NB-IoT firms by a worldwide player such as ARM is a sign that things are starting to crystallise.

Rebbeck added: "I think this is the first IoT acquisition since Softbank bought ARM last year. I'm sure it won't be the last – I'd expect a number of similar bolt-on deals in the next year or two. At the time of the ARM purchase, Masayoshi Son, chairman and chief executive of Softbank said, 'ARM is going to be everywhere in internet of things.'"

"Buyouts are often a sign of an industry that's heading out of the hype stage and into something more mature," Professor William Webb, of the Weightless SIG, told The Register.

If only the amount of hype declined in line with the buyouts. ®