NZ High Court rules US can extradite Kim Dotcom after all

Kimble's running out of road 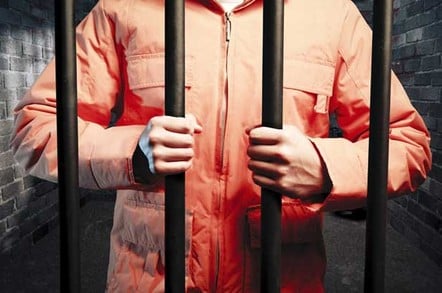 The businessman otherwise known as Kim Schmitz, aka "Kimble", aka "Kim Dotcom", has lost his High Court appeal in New Zealand to be extradited to the USA.

In January 2012, Schmitz's mansion and property were confiscated in raids relating to an investigation of his Megaupload.com website, a file-sharing site that is accused of hosting content that infringed copyright on a massive scale, and an extradition warrant was subsequently issued in Virginia. The indictment listed 13 counts encompassing racketeering, money laundering and copyright infringement.

Schmitz has already been indicted on fraud charges in Germany relating to computer hacking, gathering a stock price manipulation conviction in 2002 after being extradited from Thailand earlier that year.

Relating to the Megaupload.com case, Dotcom and his three co-defendants had pinned their hopes on what they interpreted as a legal loophole. In New Zealand, his lawyers argued, copyright infringement is not an extraditable offence. Dotcom had livestreamed the legal hearings – but it didn't attract the global audience he'd hoped for, with at best a few dozen tuning in.

Last November a court rejected this argument, and today a Judge Gilbert in the Auckland High Court agreed.

Wilful infringement of a protected copyright for profit was a misdemeanour punishable by up to one year in jail and/or a fine of between $100 and $1,000... Mr Mansfield submits that it is clear that extradition would be available only for conduct constituting serious criminal offending. He argues that the State contracting parties cannot have intended that individuals could be extradited merely for allegedly infringing copyright because this was not a serious offence in either country at the time the Treaty was negotiated.

After Judge Gilbert gave the lower court Justice O'Grady a good ticking off, he rejected this argument on several grounds. The infringement was merely the means of conducting the conspiracy, Gilbert said. He said:

A number of authorities, both before and after the Treaty was signed... confirm that a conspiracy to commit copyright infringement is a form of conspiracy to defraud.

This has been the case for over 100 years. The copyright legislation in the United Kingdom has never been seen as the only means of recourse or as a bar to such prosecutions being brought under general criminal fraud provisions in serious cases of copyright infringement.

The Extradition Act was amended in 2002 "by the insertion of S.101B which has the effect of deeming certain serious crimes with transnational aspects to be offences listed in any existing treaty," Judge Gilbert noted, a criterion which Dotcom apparently fulfilled. Contrary to the defence's argument that no punishable wrong had been done according to New Zealand law, the judge considered the evidence potentially strong enough to merit a four-year term if a jury found him guilty.

Judge Gilbert also made short work of Mansfield's argument that Megaupload was a neutral intermediary, and thus deserving of "safe harbours", which limit an internet service's liability.

The defendants can now be expected to incur further expenses for the New Zealand taxpayer, and appeal to the Supreme Court, a process that could add a further two years to the extradition.

The Mega Conspiracy 2012 arrests were an embarrassment for New Zealand political types. Dotcom had attempted to ingratiate himself with the political establishment, buying government bonds, and funding a fireworks display.

Dotcom then funded an "internet freedom party" to contest the 2014 General Election, but this had catastrophic consequences for the breakaway Maori party, the Mana Movement. Having won its first seat in a by-election, Mana accepted Dotcom's funding and changed its name to the "Internet-Mana Party", but lost its seat at the election.

"I take full responsibility for this loss tonight because the brand – the brand Kim Dotcom – was poison for what we were trying to achieve," the German-Finnish entrepreneur said at the time.

Dotcom, who denies the charges, has vowed to appeal the ruling [PDF] further. ®