Is your child a hacker? Liverpudlian parents get warning signs checklist

Do they use 'the language of hacking', including referring to themselves as a 'hacker'? 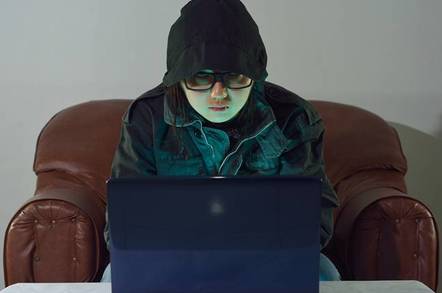 Hot on the heels of Liverpool being awarded the European Capital of Culture for 2008 comes a charity programme, run by YouthFed, titled Hackers to Heroes.

The programme, which encourages youngsters to develop useful computer skills, is also informing parents of the signs they may encounter if their children are on the path to becoming cybercriminals.

A list of potential warning signs was published by the Liverpool Echo today.

The list was compiled by Vince Warrington, a self-described "Cyber Security Leader & Entrepreneur" who has "helped both the government and private companies keep their data safe", according to the Echo. He wrote on LinkedIn: "I've been described as an emerging Thought Leader in information security as I have a holistic approach to data protection."

That thinkfluence has now formed part of the Hackers for Heroes scheme, which is targeting children aged between 8 and 18 and informing them about how to behave properly when traversing the interwebz.

We reproduce it here for concerned parents in other parts of the country.

Concerned parents will undoubtedly be grateful for this sensible advice, which complements that issued by the National Crime Agency before Christmas 2015.

While readers may be unconcerned that their children are doing illegal things online, Warrington told the Echo that "children as young as eight have gotten involved in hacking, and most often it starts with online gaming."