Paper factory fired its sysadmin. He returned via VPN and caused $1m in damage. Now jailed 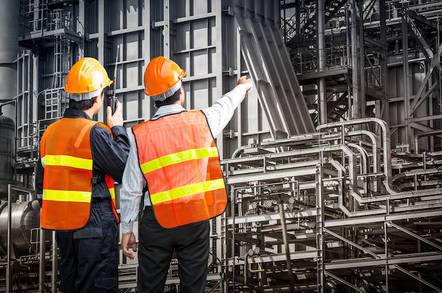 A sacked system administrator has been jailed after hacking the control systems of his ex-employer – and causing over a million dollars in damage.

Brian Johnson, 44, of Baton Rouge, Louisiana, US, had worked at paper maker Georgia-Pacific for years, but on Valentine's Day 2014 he was let go. He didn't take that lying down, and spent the next two weeks rifling through the firm's systems and wreaking havoc from his home.

We use the term hacking loosely: Johnson was still able to connect into Georgia-Pacific servers via VPN even after his employment was terminated. Once back inside the corporate network, he installed his own software, and monkeyed around with the industrial control systems. His target was the firm's Port Hudson, Louisiana, factory, which produces paper towels and tissues 24 hours a day. In a two-week campaign, he caused an estimated $1.1m in lost or spoiled production.

However, the timing of the attacks aroused the suspicions of his former employer, which has 200 facilities across America and employs 35,000 people, we're told. On February 27, 13 days after he was fired, the FBI raided Johnson's home. They found a VPN connection into the company's servers on his laptop, and a subsequent forensic investigation of his hard drive and broadband router got enough evidence to bust him.

Johnson pleaded guilty to hacking and willful damage charges [indictment PDF] on February 4 last year. On Wednesday this week, the Louisiana district courts determined the rogue employee had caused $1,134,828 of damage, which he must repay. But he'll have to get out of prison first, since he'll be spending the next 34 months in the Big House.

"This case is a powerful reminder of the very real threat and danger that businesses and individuals face from cyberattacks and other cyber-related criminal activity," said United States Attorney Walt Green on Thursday.

"Thanks to the victim's quick response and cooperation with our office and the FBI – as well as the excellent work by the prosecutors and law enforcement agents assigned to this matter – we were able to stop Mr Johnson's malicious attacks and bring him to justice." ®