Yee-haw! It's the Friday storage round-up

Getting those pesky ponies into that there corral, yessiree 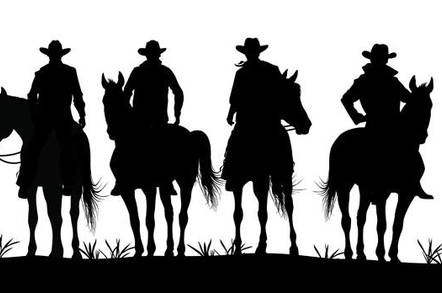 Not every story is NetApp making a hyperconverged product, or Oracle possibly canning tape products. Here's a roundup of several pieces of news that are nevertheless significant.

We wrote about data management startup Komprise some time ago. It tells us it released its product last year, has partnerships with NetApp, EMC, Google Cloud Storage, AWS, Azure, Quantum, Spectralogic, and Scality, and has enterprise customers including large insurance companies, genomics, media and entertainment and engineering organisation.

Private equity-owned Nexsan, with its Unity array product, has introduced its Unity Active Archive product with digital file fingerprinting and self-healing integrity audits which, Nexsan says, eliminate threats of data loss, tampering and corruption, including ransomware. The Unity array can automatically archive unstructured data with policy-based guidelines into this archive.

It also launched Desktop on Unity with selective sync so users can choose the files they need to access when offline. This will be available through a Windows or Mac app. Once the device is back online, all files will be synchronised back to Unity.

Cloud storage gateway supplier Panzura has added filer and collaboration products to its arsenal, complementing its Freedom Archive product. Freedom NAS, Panzura says, provides organisations with fast performance across two or more sites by centralising file data in the cloud while keeping active data cached close to the users. Local users have full read-write abilities while users at offsite offices can read data from a central cloud repository. Freedom NAS is claimed to be simpler, faster and less expensive than deploying primary, backup and archive storage at each site.

Freedom Collaboration builds on this, providing cross-site collaboration of project files regardless of where they are located. All files are read-write accessible at every site as though on a local, locking Windows filer.

Clever tech-based Israeli startup Reduxio tells us that, in the past 12 months, sales of its flash storage product have seen rapid growth in the education and government sectors, with 15 new customers, including the University of Georgia and The Technion Institute of Technology, often referred to as the MIT of Israel.

Reduxio says its customers can realise an up to 50 per cent reduction in cost per gigabyte relative to legacy storage.

StorPool, a storage software developer, said that in 2016, when it launched the 13th major version of its software-defined storage technology, it achieved revenues 4.5 times greater than the previous year, and has also tripled its customer base. Its installed data storage capacity grew by 3.8 times, and amounts to over five petabytes.

There has been a 100 per cent increase in the number of channel partners reselling StorPool.

Velostrata, which is marrying on-premises storage with public cloud compute, is supporting Microsoft's Azure cloud and is available in the Azure Marketplace. It says its patent-pending workload streaming technology makes it possible to move or clone on-premises workloads into Azure within a matter of minutes, instead of the days or weeks required with traditional cloud migration tools.

AWS customers can use the NetBackup Amazon Machine Image (AMI) for a preconfigured and customisable cloud deployment. Veritas says it will continue investing in unified data protection and further integration of AWS services with respect to both NetBackup and Backup Exec. ®