But they'll be hard-pressed to catch Dell and Nutanix 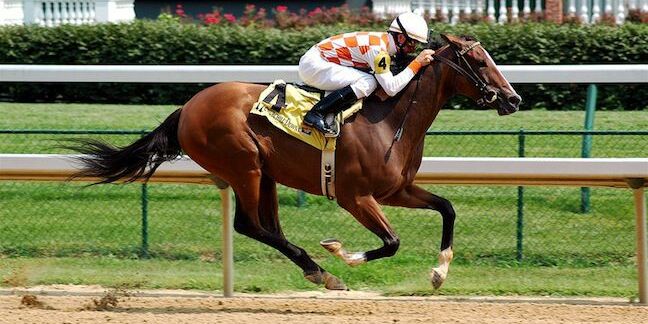 Analysis The hyperconverged infrastructure appliance (HCIA) market has become hypercompetitive as the two-horse race between Dell and Nutanix has been blown open with HPE/SimpliVity, NetApp and Cisco chasing them.

Add these three points to HPE's earlier purchase of SimpliVity and what do we have?

First Cisco's HyperFlex efforts are not resulting in sales popularity. What Cisco has done is twin its UCS server hardware with OEMed Springpath's hyperconverged software to produce its HyperFlex line. It has made a faster entry to the hyperconverged market than NetApp, but then Cisco does have its UCS servers, arguably at least as important as storage in this market, and a multitude of players putting their hyperconverged system software on UCS servers in a Cisco-certified way or via relatively unofficial partnerships.

SimpliVity was one such and Cisco stepped away from any purchase of that firm, with HPE scooping it up to boost its own stuttering hyperconverged appliance product sales.

IBM is nowhere, not having an x86 server line anymore, and NetApp has yet to enter the market. So it's basically a two-horse race – Dell and Nutanix – with HPE/SimpliVity in, we think, third place, and the stragglers, which include Cisco and several startups such as Pivot3 and Maxta, a long way behind.

It is likely that NetApp and Cisco will be in fourth and fifth place in 18 months' time, unless they screw up, but not certain. The market is growing so fast that one or more startups, partnering Lenovo possibly or using ODM hardware, could be in one of those positions instead.

The only sure way for Cisco to get up with the leaders is for it to buy Nutanix, which will cost several billion dollars.

A NetApp SolidFire HCIA requires server hardware, likely to be ODM-produced, a hypervisor, likely to be vSphere and/or KVM, and virtual SAN software enabling its server/Solidfire nodes to have their flash storage aggregated into a single virtual pool. Where will that come from? The vSphere candidate is VSAN, giving yet more money to Dell or, just maybe, NetApp will have its own virtual SAN software. We'll have to wait and see.

NetApp has no experience selling server-based products, like HCIAs, into enterprises and will need to develop expertise in its own and its channel sales force to do so. The hyperconverged market is an adjacent market to the storage market so its obvious opportunity is in its own customer base. ONTAP and SolidFire array integration will probably feature in its HCIA product along with the enterprise data services and hybrid cloud plays it is talking about.

We are quite confident that a SolidFire HCIA, developed under the influence of acquired CEO Dave Wright, will have interesting technology and look forward to that.

Both NetApp and Cisco are in catch-up mode. The two wannabes have to come up with great products to stop their customer bases buying HCIAs from Dell, Nutanix or HPE.

The hyperconverged market just got hyper-competitive. We're anticipating Dell's VxRail will be a billion-dollar-a-year product, possibly even by the end of 2017. And if Nutanix keeps growing fast then HPE, NetApp and Cisco, and the other ambitious HCIA players, may not have a chance in hell of catching Nutanix and Dell. It could even be game over already, but that's far too early a call right now. Things will be much clearer in a year's time. For Cisco, HPE and NetApp, it's game on and hell for leather. ®

Solidarity with their US counterparts in COVID-19 cost cutting measures

Hyperconverged darling Nutanix to furlough at least a quarter of its staff – 1,465 – for two weeks this year