Retail mega-giant accused in lawsuit of being lying IPA-holes 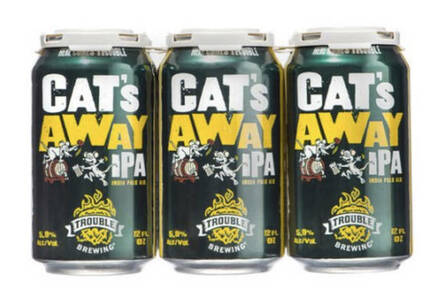 US big-box chain Walmart is being sued by an Ohio bloke who claims the retailer's line of "craft beers" is an egregious lie.

Matthew Adam, of Hamilton County, is championing a class-action lawsuit alleging Walmart's line of "Trouble Brewing" beers is an act of fraud and false advertising.

According to Adam's complaint [PDF], filed to the county court this month, the retail goliath is pulling off an elaborate ruse by describing the Trouble-branded Cat's Away IPA, After Party Pale Ale, Round Midnight Belgian White, and Red Flag Amber Ale, as "craft beers." In fact, the origin of the booze is anything but artisanal and other adjectives you're supposed to associate with "craft."

The beer is, we're told, mass produced. Still with us? It's OK, take another moment, the anger will subside. To be specific, the beer is brewed and bottled by a national brewery called Genesee.

Adam's big problem, aside from allegedly being lied to about brewery size, is that Walmart charges a premium (on average $2 extra) for its craft beer offerings above what it asks for brews from larger regional or national brewery chains.

"Defendant's Craft Beer has never been a "Craft Beer" nor has it been produced by a craft brewery," the complaint reads. "Rather, it is a wholesale fiction created by the defendant that was designed to deceive consumers into purchasing the Craft Beer at a higher, inflated price."

In defining a "craft beer," Adam refers to the Brewers Association, which says that true craft suds have "annual production of 6 million barrels of beer or less (approximately 3 percent of US annual sales)."

Thus, Adam and his lawyer argue, Walmart has been ripping off the American beer-drinking public by putting its macro-brewed Trouble Brewing lineup with local craft offerings rather than on the national shelf with the likes of Budweiser and Coors.

He seeks a jury trial to decide damages and attorney fees on behalf of himself and Walmart beer drinkers in Ohio for violation of state laws on false and misleading advertising.

Walmart says it has not yet been served with the complaint, but plans to defend itself should the case go to trial. "We hold our suppliers to high standards and are committed to providing our customers the quality products they expect," it said. ®