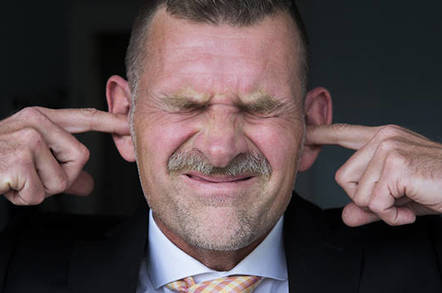 The president of the European Patent Office, Benoit Battistelli, is ignoring yet another formal rebuke of his policies by disregarding two decisions by the International Labour Organization.

In letters going back and forth between EPO management and the organization's main staff union, SUEPO, representatives are refusing to take part in a "voluntary" drawing of lots to decide on new members for the EPO's appeals committee.

That appeals committee was the focus of two damning decisions in November by the International Labour Organization (ILO), which informed the EPO the committee had been wrongly constituted. As a result, all its decisions going back more than a year were effectively invalid.

Two of the five members of the appeals committee were supposed to be selected by the staff committee, but when, back in 2014, staff refused to name anyone until Battistelli abided by labor laws, his team selected two staff members themselves and continued with controversial disciplinary hearings.

Those hearings have been the focus of significant anger from EPO staff. Union leaders that resisted Battistelli's reform efforts were targeted with covert surveillance and subject to aggressive questioning from a new investigative unit set up by Battistelli. EPO management also leaked false allegations to the media about some of those individuals (including a claim that one person had been found with Nazi memorabilia).

The disciplinary hearings themselves have been marred by a failure to follow the official rules and procedures. Those under investigation have been served with gagging orders preventing them from talking publicly about proceedings, and the EPO has effectively admitted the hearings would be illegal under the laws of the countries in which the staff are based, by claiming that the EPO is immune from such laws due to its status as an international organization.

In response, Battistelli was personally rebuked by the EPO's Administrative Council back in March last year, and told to halt all disciplinary hearings until an independent review had been carried out.

He ignored that request and instead ordered his own review that, unsurprisingly, concluded that things were mostly fine. He then fired SUEPO secretary Laurent Prunier, sparking strikes by EPO staff and highly critical statements in both the French and Dutch parliaments.

Following the decision by the ILO that the EPO's appeals committee was illegitimate, SUEPO attempted to compromise with Battistelli and suggested that the committee be reformed with five independent members.

Battistelli rejected that approach – almost certainly because he feared it would lead to a formal rejection of his case against the union members – and instead proposed that all staff committee members "volunteer" to be on the Appeals Committee with fairness respected through the drawing of lots.

The staff has rejected that approach, however, saying they are not interested in being a part of the process until Battistelli follows the resolution [PDF] of his own Administrative Council and "ensures that disciplinary sanctions and proceedings are not only fair but also seen to be so," and that he "consider the possibility of involvement of an external reviewer or of arbitration or mediation" before proceeding any further.

In the meantime, EPO management is also trying to push changes to the organization's service regulations that would effectively undermine the staff union and give Battistelli veto power over the selection of new representatives.

In response, the regional Bavarian government – which oversees Munich, where the EPO is headquartered – is due to consider a lengthy sanction of Battistelli that argues he had been behind a "whole range of major intrusions into essential fundamental rights of the employee" and calls on the state government to "take action accordingly."

It is unclear what action the German government can take against Battistelli. Even though several governments have formally broken with protocol to publicly condemn the EPO president and his actions, due to the unusual make-up of the EPO, only the full Administrative Council of over 30 European countries can actually fire him before his term is up.

Despite repeated requests from staff for the council to act against the EPO president, so far it has shown no signs of wanting to take that drastic action. ®

AAAAAAAAAA! You'll scream when you see how easy it is to pwn unpatched HPE servers

Analysis Welcome to Hotel Zuckererga: You can log out, but you can never leave

So what happened with the patent judge and the Euro Patent Office?

You won't believe this but it's a mess

Will they live up to the promise, though?