Immuta to free up data scientists in 'highly regulated' environments 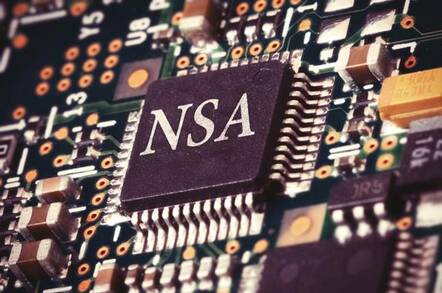 Immuta, a data governance startup run by former US National Security Agency technicians, has announced the conclusion of its Series A funding round, pulling in $8m.

The funding round was led by Drive Capital – whose partner Andy Jenks has been given a board seat – with participation from Greycroft Partners and Conversion Capital. It brings the company to $9.5m in total funding.

Headquartered a short drive away from NSA offices in Fort Meade, Maryland, Immuta currently has 21 employees and is based in College Park. It was officially founded in October 2014, and first went to market in the summer of 2015.

Talking to The Register, Immuta CEO Matthew Carroll said the company aimed to answer the question: “How do you have an environment in which to give data scientists the freedom to do what you want them to do, but also keep them in check?”

Using Immuta, data scientists can create regulated and compliant data sandbox environments that combine disparate data sources from within and across organizations. The business claims that it “supports every major structured and unstructured data source, on premises or in the cloud, including Amazon S3, SQL, NoSQL and Hadoop.”

Regardless of that source, Immuta’s platform virtualizes the data to protect its integrity, and as a layer between the end user and the source, allows data owners to expose that data with discretion, also enabling data scientists to experiment with it without being concerned of their access rights.

Neither Carroll nor CTO Steve Touw would go into much detail about their work at the NSA, but said “a lot of what we’re doing now is based on lessons we’ve learned” from the “trials and tribulations in government” following the Snowden revelations.

Although customers in the public sector haven’t been announced, they are stated to “include global financial institutions, telecommunications companies, and national security organizations,” as well as case study user General Electric.

The startup’s commitment to government governance is visible in its origins and in the early hire of a “chief privacy officer and legal engineer” in the form of Andrew Burt, who formerly served in the FBI as special advisor for policy to the assistant director of the Fed's cyber division.

“Immuta is solving one of the most acute problems that is stifling innovation at large, highly regulated enterprises. They have the teams, and the technology, but data access and usage regulations are holding back innovation,” said Jenks. “We invested in Immuta because their team and technology are bar none the best in the business.” ®