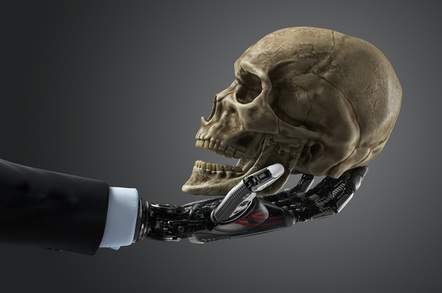 In a resolution today MEPs noted that several countries are planning robotics regulations and that “the EU needs to take the lead on setting these standards, so as not to be forced to follow those set by third countries”.

Although manufacturers including Volvo, Google, and Mercedes say they will accept full liability if their autonomous vehicles cause a collision, this is not currently a legal requirement.

MEPs recommended “a mandatory insurance scheme and a supplementary fund to ensure that victims of accidents involving driverless cars are fully compensated”.

Additionally, they propose a voluntary ethical code of conduct for robotics researchers and designers to ensure that the machines operate “in accordance with legal and ethical standards and that robot design and their use respect human dignity.

The resolution arises from a report by Mady Delvaux MEP, which was adopted by the European Parliament’s committee on legal affairs in January.

Several of its clauses regarding the potential introduction of a basic income to deal with the effect that robotics and artificial intelligence may have on the jobs market were removed, prompting Delvaux to complain: “Although I am pleased that the plenary adopted my report on robotics, I am also disappointed that the right-wing coalition of ALDE, EPP and ECR refused to take account of possible negative consequences on the job market. They rejected an open-minded and forward-looking debate and thus disregarded the concerns of our citizens.”

Keep the machines in their place

MEPs also asked the Commission to consider creating a European agency for robotics and artificial intelligence, which would be available to supply public authorities with technical, ethical and regulatory expertise.

The European Parliament resolution will now be answered by the European Commission, which alone has legislative initiative in the EU. The Commission is not obliged to draft new laws but must explain its rationale for rejecting Parliamentary resolutions.

Therese Comodini Cachia MEP, of the Maltese centre-right Nationalist Party and Parliament's rapporteur for robotics, said: “Despite the sensations reported in the past months, I wish to make one thing clear: Robots are not humans and never will be," EU Reporter reports. "No matter how autonomous and self-learning they become they do not attain the characteristics of a living human being. Robots will not enjoy the same legal physical personality.

"However for the purposes of the liability for damages caused by robots, the various legal possibilities need to be explored. Who will bear responsibility in case of an accident of an automated car? How will any legal solution affect the development of robotics, those who own them and victims of the damage?

“We invite the European Commission to consider the impact of different solutions to make sure that harm caused to persons and to our environment is properly addressed”, she concluded. ®