Why I had to sue the FCC – VoIP granddaddy Dan Berninger 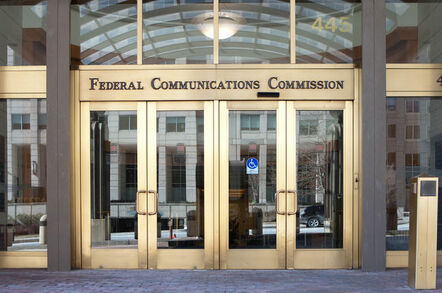 Interview One of the grandaddies of VoIP is taking America's comms watchdog, the FCC, to the US Supreme Court over net neutrality – and he's told us why.

It’s life or death, says Dan Berninger, whose startup works on high quality voice services, and could be killed by the regulator at a stroke.

Berninger led the Bell Labs team that first assessed VoIP, and his career took him to NASA, Verizon, HP and a string of startups - helping get Vonage off the ground. In 2012, Berninger founded the nonprofit Voice Communication Exchange, modeled on TV’s Grand Alliance, which works on moving the world to all-IP HD voice.

For a decade, he has battled Big Telco as the large incumbents sought to make voice over IP go away to protect their revenue streams. Having failed to kill Vonage through technology or regulation, Verizon sued Vonage over alleged patent infringement – a sign of the intensity of the battle.

Today, it’s the FCC’s Title II reclassification that poses a mortal threat, he told us, not just to entrepreneurs like him, and other wideband audio services, but to anyone prepared to risk anything new.

“Our voice quality is 1934 voice quality,” Berninger says. We should be turning off the POTS (plain old telephone service) telephone network, instead of being stuck between the two, he added. The customer pays not only real cost to keep the legacy phone networks alive, but through uncertainty too, he argues.

“The IP transition has come to a screeching halt. It’s extremely expensive to maintain the old network. Even in the US, just the electric power required to keep of the old network [going] is $25bn a year. So you’re throwing in the trash can $25bn that could be invested elsewhere just to keep the lights on, on the telephone network."

So how did a sole entrepreneur find himself suing the FCC, which is normally the job of aggressive corporate lawyers representing Big Telco clients like Verizon?

Berninger may disappoint ideologues. In 2001, the communications architect wrote that the idea that the internet prospers when the free market is left to its own devices as a "myth". What’s needed is careful and enlightened regulation, not the clumsy sledgehammer of throwing laws designed for Bell’s phone network in the 1930s at the internet just to score points, he insisted.

The lawsuit is all about the regulator's Title II shakeup of internet services (and even mobile networks) using these old Bell laws designed to shackle the private phone monopoly.

Congress decreed in the 1996 Telecommunications Act that the old laws shouldn’t apply to internet services.

For almost a decade, the FCC regulated concerns about net neutrality just fine, stomping on an early attempt by an ISP to block a VoIP provider, and obliging Comcast to be clear about Torrent throttling. But that didn’t account for two subsequent events.

In 2014, Verizon’s bulldog lawyers got the FCC’s code struck down. Then former US president Barack Obama took charge. Via a YouTube video, Obama challenged the FCC to apply the 1934 laws.

That’s exactly how you should not deal with net neutrality, argues Berninger.

What is Title II?

“As an entrepreneur, Title II hurts in two places," he says. "My efforts to pursue a business model, and how the potential funders view people like myself. Title II wipes out both.

“My new service is putting voice behind websites. It looks a bit like a conferencing service. Currently Title II says telcos have to pay 20 per cent from the top line to the Government to pay for Universal Broadband. Well, that’s game over. I have no company there.

“Also, no funder wants anything to do with a regulated industry. There’s no investment in infrastructure innovation. In the areas I work in, there’s no investment at all. Title II reclassification dried up investment funding. Say I have $1m and I want to invest it somewhere. I need to asses my prospects for success. These will be a function of the rules I’m facing. If the FCC is in there, then it’s game over. I don’t know what the rules are.”

Next page: Hate your ISP?
Page:
Tips and corrections
44 Comments