Resistance is futile as probe demanded into environment agency staffers 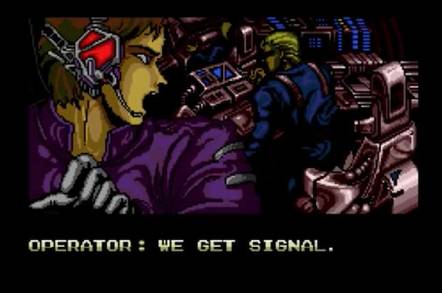 US House Republicans Lamar Smith (R-TX) and Darin LaHood (R-IL) have demanded a probe into staff at the US Environmental Protection Agency who are apparently using private encrypted communications.

Earlier this month, insiders at the EPA, the US Department of Labor, the Foreign Service, and possibly other agencies and departments, have reportedly resorted to strong end-to-end encrypted messengers such as Signal to coordinate their resistance response to the Trump administration.

Their fear is that a discussion along the lines of “what do we do if we're given an illegal order” on official channels will draw reprisals.

However, American government communications are subject to freedom of information laws, and that’s sparked the Smith-LaHood letter [PDF] to the US EPA's watchdog – its inspector general.

Suggesting that “approximately a dozen” EPA officials are using Signal to “discuss potential strategies” to preserve Obama Administration priorities, the letter says this avoids federal records requirements and circumvents monitoring. Smith is the chairman of the US House Committee on Space, Science and Technology, and LaHood is chairman of the subcommittee on oversight. They both want a review into the EPA's internal practices.

“In this instance, the committee is concerned that these encrypted and off-the-record communication practices, if true, run afoul of federal record-keeping requirements, leaving information that could be responsive to future Freedom of Information Act and congressional requests unattainable,” the letter, dated February 14, states.

Yesterday, House Rep Matt Gaetz (R-FL) introduced a one-line bill to terminate the EPA at the end of 2018. He also cosponsored a similar bill to shut down the US Department of Education. Let him know how you feel about that: call (202) 225-4136. Both bills are in their early stages of development.

If the rumors of Signal use are true, other agencies will most likely face similar encrypted comms probes by their overseers. ®