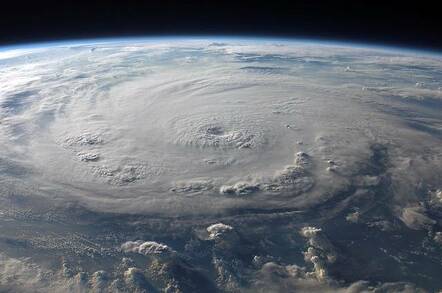 Bienvenu was appointed executive vice chairman in January, when Imation sold storage array business Nexsan to New Orleans-based Spear Point's vehicle NXSN. At that time, Bob Fernander was staying on as CEO and Geoff Barrall was continuing as CTO, with Nexsan looking for both organic and inorganic (acquisitions) growth.

Well, that exec roster is so last month. Fernander becomes the grandly titled Chairman Emeritus. "Emeritus" is a titular suffix given to a bod, typically an academic, who's retired but can keep their former title as a mark of recognition, as in "Emeritus Professor of Chemistry" or somesuch. We're told a separation agreement with Fernander is being finalised in which he will transition from CEO to Emeritus Chairman and a board director's position.

Bienvenu provided a fulsome canned quote: “The tremendous potential with Nexsan and Unity is what drove our investment at Spear Point, and I am enthusiastic about leading a team that is just as passionate as I am about this company and its opportunity. I am also pleased that we can look to Bob Fernander to continue to provide his considerable industry knowledge and assistance as we grow. I speak for all of Nexsan and the board of directors in saying Bob has laid a strong foundation that we will use to drive significant growth over the coming years.”

Geoff Barrall becomes the COO and John Westfield has been hired as Nexsan's CFO. He became a consultant to Nexsan last year and had previously been a financial controller at WD business HGST. Earlier in his career he'd been CFO at Geoff Barrall-founded Connected Data and Drobo. Welcome back to Barrall-land, Jeff.

What does Bienvenu know about running a storage company? There's no storage industry background in his LinkedIn CV but his Spear Point firm says it knows about unlocking value:

Spear Point identifies deep value situations where we believe a catalyst will unlock value and where we can influence that catalyst. Said another way, we are an event-driven, value-oriented investor that believes in creating the event.

In his earlier career, he was CEO at a software company called divine and, "During his tenure at divine, Mr. Bienvenu led the planning, acquisition and consolidation of over thirty companies, including five public companies."

Okay ... take this on board with other exec hires, like Victoria Grey as CMO, and I think we could be looking at a Nexsan growth whirlwind over the next two or three years. Strap on your seatbelts and prepare for the ride of your life, as another New Orleans hurricane hits Nexsan and picks it up to land who the heck knows where. ®

* Care to take bets Dell will pay off Beinvenu to get Nexsan to change its Unity array name? Nexsan used the name before EMC and has been trying to get Dell (EMC) to give it up.