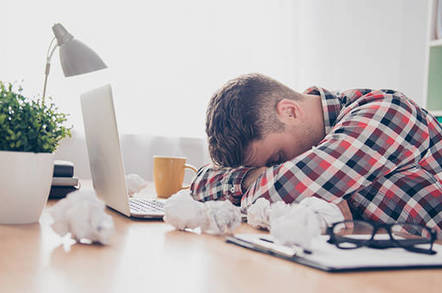 You may have heard this before, but we are really, really running out of public IPv4 addresses.

This week, the regional internet registry responsible for Latin America and the Caribbean, LACNIC, announced it has moved to "phase 3" of its plan to dispense with the remaining network addresses, meaning that only companies that have not received any IPv4 space are eligible. There is no phase 4.

That means LACNIC is down to its last 4,698,112 public IPv4 addresses (although that may increase as it recovers a little bit of space over time). If you are eligible for more addresses, you're only going to get a maximum /22, or 1,024 addresses at a time.

So guess what LACNIC suggests people do? That's right: move to IPv6. YOU HEARD US! MOVE TO IPv6 ALREADY! WHADDAYA MEAN IT'S HARD?! JUST DO IT!

LACNIC has been scraping the bottom of the barrel for some time – it warned back in 2014 that it was running out of space. And it was one of the last: APNIC ran out in 2011; RIPE in 2012 and ARIN said it was done in September 2015 – and it had a massive stash (sorry, we were not meant to mention that?).

The only place left with any public IPv4 numbers is Africa – almost entirely thanks to the continent's massively under-developed internet. Even AFRINIC is warning that time is running out – its initial assessment that it would run out in 2020 has been reduced to 2019 already.

Of course, there are still many who continue to kid themselves that they can manage without the potentially painful shift to IPv6. And then there are those who decide to just do it – Microsoft for example – and are thoroughly depressed when they figure out even they can't manage it.

Maybe it really is going to take the complete and absolute lack of new IPv4 addresses – even on the black market – to get people moving.

It you want to watch the slow death of available IPv4, all the tools you could wish for are available at ipv4.potaroo.net. ®