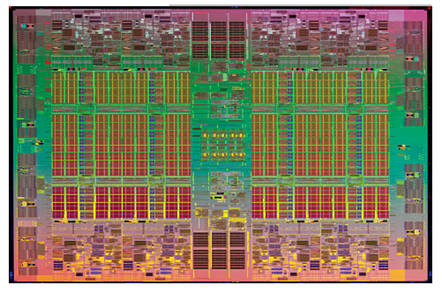 There have been reports that Intel has already started shipping its latest, Kittson version, Itanium processor chip.

HPE uses Itanium chips in its high-end Superdome 2 servers, running the HP-UX operating system, and has previously said it will have a Kittson refresh coming out this year. Megsco has sued Oracle over Larryco's wish not to develop its software for Itanium servers any more – because of low sales and, now, Oracle's headlong cloud rush.

Our understanding is that Itanium was developed by Intel to compete with IBM's POWER and Oracle/Sun's SPARC processors. However, multi-processor, multi-core Xeon developments, the unwillingness of mainframe users to migrate to POWER/SPARC/Itanium server alternatives, and the rise of public cloud computing are three things that have weakened the POWER/SPARC/Itanium server market.

Itanium server sales are understood to lag POWER and SPARC server sales, with all three being a long way behind Xeon server sales. It is generally reckoned that Intel would like to dump Itanium and concentrate on its more mainstream Xeon and Knights Landing products.

Consequently Kittson is likely to be the end of the line for Intel's Itanium processor architecture products. Itanium does not provide significantly more powerful servers than Xeon chips do. Applications need to be specifically built to execute on Itanium, and HPE also bears the cost of developing Itanium server hardware and the HP-UX software. All-in-all Itanium-powered servers are costly beasts to develop, support and operate, and there is no easy migration path off them.

Another factor to bear in mind is that HPE has bought HPC server supplier SGI and its technology overlaps that of Superdome in the shared memory area. There has been speculation that there could be some kind of convergence of SGI and Superdome technologies.