Pay the ransom, or restore from backup. Choose wisely! 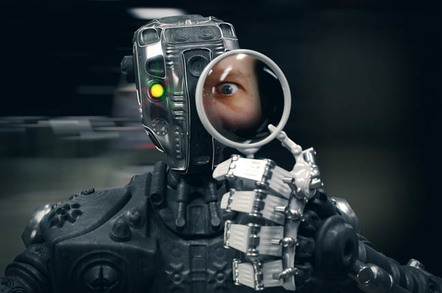 Let's start with the “calm down” part of the article: yes, LogicLocker is ransomware designed for programmable logic controllers, but no, the cyber-geddon isn't upon us.

LogicLocker is a proof-of-concept written by David Formby, Srikar Durbha and Raheem Beyah of Georgia Tech (Formby and Beyah also disclose an affiliation with a low-profile startup called Fortiphy Technology).

If it finds those two specific devices, it bypasses their “weak authentication mechanisms”, locks out legitimate users, and plants a logic bomb to “dangerously operate physical outputs”.

In other words: the work paradoxically highlights how fragmented APIs confine attackers to specific devices. The authors note this is “the first” cross-vendor worm targeting PLCs.

In a nod to the world's "first cyber-attack” on industrial control infrastructure (a Queensland water treatment plant attacked by an insider with admin rights), the researchers posted this demonstration video to YouTube:

We note that the Georgia Tech researchers' targets have a record of problems:

Only a relatively low number of users turned up in the authors' Shodan scan: 1,429 MicroLogix 1400 systems and 250 Schneider Modicon M221s.

The Register notes that while sending dangerous commands to industrial kit is a terrifying thought at first sight, a factory operator has the option to shut the plant down and restore the original firmware. The paper says a response plan “could involve keeping backups of critical programs on the premise and having personnel trained in how to reflash and restore PLC programs quickly.”

As for the company affiliation in the paper: Fortiphyd Logic seems new, with only a placeholder web presence, and a Twitter account with nothing to say except that Fortiphyd “secures industrial control system networks against nation-state level attackers”.

We've asked the researchers for more detail on the company, and will update this story when we get a response. ®