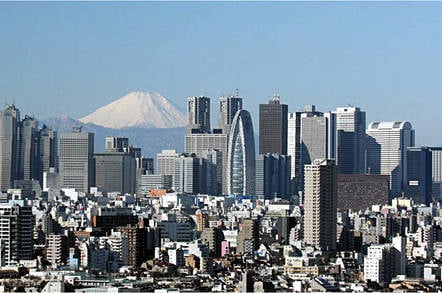 Why is Fujitsu touting all-flash XtremIO storage arrays in Japan when it has its own Eternus all-flash array product line?

The Fujitsu business unit doing this is Fujitsu Managed Infrastructure Services (FMIS). Could Fujitsu say why it is doing this please, and whether other Fujitsu regions will start reselling XtremIO products?

A Fujitsu spokesperson told us: "As a provider of end-to-end technology products, services and solutions, Fujitsu Managed Infrastructure Services contracts will include support for products from third parties, such as those from Dell-EMC."

Is it likely to spread from Japan to other geographic regions?

The spokesperson said: "In the domestic Japanese market, Fujitsu provides end-to-end services for large customers, including the purchase of third-party products like XtremeIO – it is strictly for this market only due to the specific nature of the corporate customer business."

We asked how the XtremIO arrays are positioned alongside the Eternus all-flash storage products. The response said:

"Fujitsu has its own full line-up of Eternus storage systems, which compete with those from Dell-EMC. In fact, we are seeing very favorable response to the recently launched Eternus AF250 and AF650, with a growing number of customers agreeing that they are a perfect alternative to Dell-EMC's XtremIO and Unity products. You can expect more all-flash products from Fujitsu later this year offering extreme I/O scalability."

In effect, it seems to us, if the customer prefers XtremIO over Eternus AFAs in Japan and only in Japan, then FMIS will work with that preference. ®