Oh yeah, and its technology still doesn't exist either 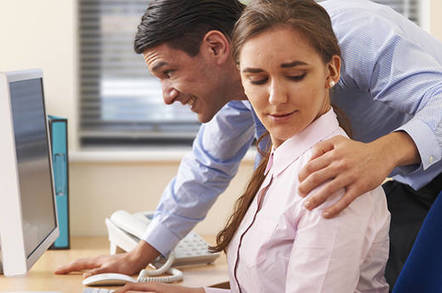 Tannen Campbell filed in a Florida court [PDF] this week accusing the virtual-reality startup of maintaining a "hostile environment" and a "macho bullying atmosphere." She claimed she was fired after she challenged CEO Rony Abovitz on the "depths of misogyny in Magic Leap's culture."

The pinkness was also literally an issue: the all-male tech team (who were matched by the all-male advertising and executive teams) were asked to consider how to make their augmented reality headset more female friendly and, according to Campbell, the only solution they arrived at was to produce a version in pink.

The lawsuit then offers a wide range of accusations of sexism, stemming from tetchy to highly personal to jaw-dropping. For starters, she took issue with the fact that the Florida company's jobs page was titled "Wizards wanted," seemingly shutting out women.

She then goes on to slam the CFO for being "the kind of man who sits a little too close to women," and the VP of IT for being loud and making "misogynistic comments." She even turns on the company's most senior woman, its chief business officer, accusing her of being "the perfect Magic Leap female employee: she went to Harvard, never disagrees with Abovitz and always does Abovitz's bidding."

Before you start writing off Campbell, however, she goes into some depth on the practices and approaches she recommended Magic Leap adopt in order to bring about a more balanced workplace, and they are good. Although some are perhaps more of a wish list – such as paying for a recruiter to help the partners of female hires relocated to Florida to find jobs as well to help ease the move to the company, and paying for female tech leaders including Sheryl Sandberg and Meg Whitman to attend company meetings as speakers.

She developed a presentation for CEO Abovitz but her scheduled meeting to go over it was cancelled no fewer than six times. It took her eight months to get the meeting, and then he terminated the meeting about halfway through. Efforts to reschedule meetings were repeatedly rebuffed.

Again, frustrating for sure, and the sign of a poor CEO, but not evidence of sex discrimination.

Campbell also highlights how suggestions for revising the headset to make it more comfortable for women (moving a connection away from the back of the head, using a more flexible cable, moving away from a belt pack) were roundly ignored.

But then she starts to depict the casual sexism that many women will recognize in a work environment – especially in tech bro companies:

Campbell argues that the failure to include more women or make them feel like valued members of the team is having a detrimental impact on the company and pokes at the company's Achilles Heel – the fact that it has still failed to produce a working prototype of the product it claims to have invented, and that it has purposefully misled people into believing that games and interfaces exist on its system, when in fact they were created by a special effects studio.

The lawsuit claims the issue "affects the company's core culture and renders it so dysfunctional it continues to delay the launch of a product that attracted billions of investment dollars."

As for the faked videos, Campbell claims she "raised concerns that what Magic Leap showed the public in marketing material was not what the product actually could do," but claims they were "ignored in favor of her male colleagues' assertions that the images and videos presented on Magic Leap's website and on YouTube were 'aspirational'."

Of course the answer to all of Magic Leap's problems lies with its CEO and the culture he has built around himself. As increasing numbers of tech journalists have discovered while trying to pin Rony Abovitz down on what his company has actually produced, he alternates wildly between praise and aggression and refuses to hear anything that sounds like criticism.

The lawsuit notes: "During Campbell's last four months at Magic Leap, Abovitz – who always had been pouty and prone to temper-tantrums – began to dig his heels in even more in the face of dissenting ideas and to explode ever more frequently into child-like fits of rage, threatening retribution when he didn't get his way, felt betrayed or was portrayed publicly in an unfavorable light."

Which again leads us to the question: where's the headset, Rony? Because the one that everyone has seen – that you claim is only a test rig – is an absolute shambles.

A spokesperson for Magic Leap was not available for immediate comment. ®