Vinyl, filofaxes – why not us too, pleads Nokia

HMD cranks up the nostalgia ahead of comeback 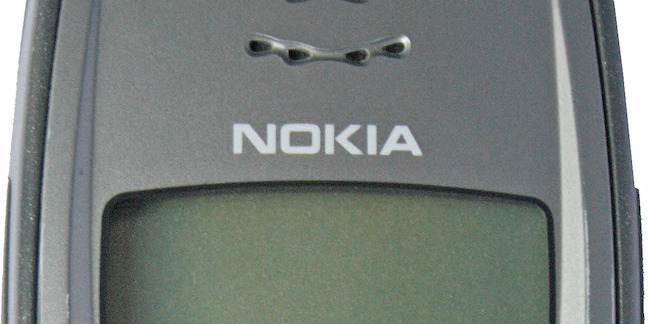 HMD, the custodian of the Nokia brand, is cranking up the nostalgia ahead of its return at MWC at the end of the month. Pre-publicity material is about heritage - although how much the new models have to do with the Nokia DNA is open to question.

The goal of the pre-launch publicity material seems to be to remind everyone how much they loved their old Nokias. Evan "Evleaks" Blass at Venture Beat, who has a reputation for accurate leaks on his eponymous Twitter feed, suggests that a “relaunched” Nokia 3310 will be launched alongside three no-frills budget Android models.

That caused a flurry of excitement with a generation weaned into mobile on Nokia, as the Nokia 3310 (and its immediate predecessor the 3210, launched in 1999) are held in high regard as the most durable and endearing of Nokia designs.

HMD Global will launch the Nokia 3, 5 and 6 at MWC, plus a 3310 homage https://t.co/lYHtSoagIt pic.twitter.com/GhZXuB0E5u

The 3210 was intended to be the first mass market design, giving what had previously been a technical device a strong character of its own. The 3210 did away with the ubiquitous external phone antenna, and sold around 160 million units, a staggering number for the time. Slate has some insight on the design thinking here. It also incorporated Nokia’s Navi Key interface, which made navigating the hierarchical menu structure far more intuitive.

But the Nokia-branded budget candy bar never really went away - it’s just that few people noticed. HMD currently sells six featurephone designs (11 models in all, when you include dual-SIM versions) with its most recent, the $26 Nokia 150 popping out just before Christmas. The 150 boasts a 31-day battery life.

Foxconn acquired the featurephone business for $350m last May, but HMD runs the site. HMD, a new venture, has a 10-year deal to use the Nokia brand on new devices.

According to Blass, HMD will unveil three budget Androids next month - but you can be sure a retro Nokia will steal all the headlines. With vinyl LPs, and now filofaxes making a comeback - at least according to The Daily Express, there could be worse ideas. ®