Feel like a spot of planet-hunting? Here's 1,600 suns worth of data

Decades of exoplanet observations are yours for the downloading 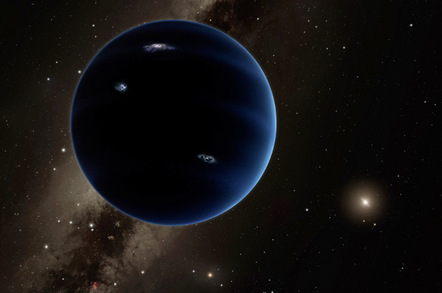 Here's a treat for amateur exoplanet-hunters and experts alike: 20 years' worth of observations from the WM Keck Observatory in Hawaii, complete with application and tutorial.

The data release, led by the Carnegie Institution for Science, includes 61,000 measurements of more than 1,600 nearby stars. According to participant MIT, the hope is to put the data in front of new eyes.

MIT's announcement says this data library is “the largest collection of observations” made using the radial velocity of stars.

Radial velocity can indicate the presence of a planet, because the planet's orbit introduces a small “wobble” in the star's position.

Even though it wasn't designed with planet-hunting in mind, the WM Keck Observatory's High Resolution Echelle Spectrometer (HIRES), fitted to its ten-metre telescope, reveals changes in position relative to Earth in the thousands of wavelengths the instrument detects.

MIT Kavli Institute for Astrophysics and Space Research postdoc Jennifer Burt explains that HIRES was “designed to look at faint galaxies and quasars. However, even before HIRES was installed, our team worked out a technique for making HIRES an effective exoplanet hunter.”

A scan of the HIRES data by Burt and her colleagues turned up 100 exoplanet candidates, suggesting there's no shortage of planets out there. That, the observatory hopes, will mean plenty of reward for other users of the data.

The 1,600 candidates in the data set are all within 100 parsecs of Earth (that's around 325 light years), and individual observations last from 30 seconds to 20 minutes.

Carnegie Science has an explanation of the data here. The data is formatted to import into the Systemic Planet Fitting package. ®

PostgreSQL on Amazon Aurora Serverless goes live. Check the price tag before diving in, though

Analysis Serverless auto-scales on demand, may cost more than provisioned