The Cold War called, wants its arms race back 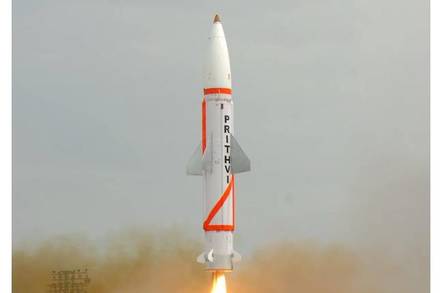 Norks wasn't the only country to test a missile on the weekend: India's Prithvi ballistic missile interceptor

But the Democratic People's Republic of Korea's 500 km test shot was thrown some shade by India, which on the weekend successfully test-fired a ballistic missile defence system.

First to the North Korea test. South Korean defence officials told Reuters the shot was most likely a Musudan, the same type of missile fired in failed tests last year, first in May and, according to Reuters, again in October.

America, Japan and South Korea have asked for United Nations Security Council consultations about the test, which is in violation of existing sanctions on North Korea.

In what looks like coincidence, India's Defence Research and Development Organisation (DRDO) on the weekend announced a successful test of a missile of its own: the Prithvi ballistic missile interception system.

The test shot took place from a defence base on the Odisha coast, at Chandipur.

New India Express reports the DRDO fired the Prithvi on Saturday, claiming a successful kill on its target at an altitude of 95km.

That report reckons the Prithvi test was entirely automated, from radar detection to interception.

President Shri Pranab Mukherjee offered his congratulations for the test, declaring that India "now joins a select group of nations having such an effective Ballistic Missile Defence System." ®