If you need an in-mem analytics cruncher – and, hey, who doesn't? – Microsoft Graph Engine is now open source 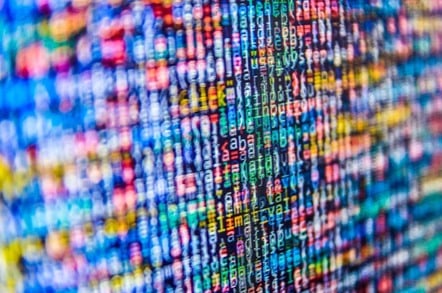 Microsoft Graph Engine, the in-memory-store-slash-computation engine, has been released under the open source MIT license.

The GitHub repository contains the source code of Graph Engine and its graph query language, Language Integrated Query, which is already utilized by the Academic Graph Search API in Microsoft Cognitive Services.

Previously known as Trinity when Microsoft’s researchers first published a paper on it in 2013, Graph Engine is a distributed, in-memory, large graph processing engine which is “underpinned by a strongly typed RAM store and a general computation engine.” It is designed for users to “build both real-time online query processing applications and high-throughput offline analytics systems with ease.”

As a flexible computation engine, Graph Engine is powered by declarative message passing, which Redmond reckons is suitable for those “building a system that needs to perform fine-grained user-specified server-side computation.”

Instead of trying to be optimized for particular graph operations, Graph Engine’s built-in data and computation modeling capabilities allow its users to develop their own computation modules.

Jim Webber, chief scientist at fellow graph-bods Neo Technology, makers of Neo4j, told The Register: “It’s excellent that Microsoft – along with other large players – have seen the massive opportunities that graphs bring.

"By releasing their Graph Engine analytics software, it’s sending a message out to a committed ecosystem of developers that graphs are a big thing and something that I think will be of increasing importance in the coming years.

“As the leader in the graph database space and long-term graph enthusiasts, it’s really gratifying for us at Neo4j to see our trailblazing paying off, and this move opens up a large community of professionals who can benefit from our technology." ®