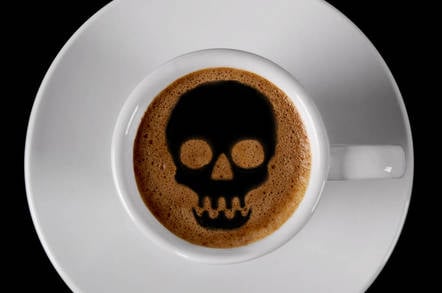 Oracle has brought its legal war with Google back to life, alleging Android's Java framework ripped off Big Red's copyright.

According to a lengthy court document filed today by the database giant, and obtained by El Reg, Oracle will once again make its case that Google violated copyrights it holds on core Java libraries.

The House of Hurd n' Catz claims it should get yet another trial because it wasn't able to present evidence in the first handful of cases that it thinks will turn the tables.

"Although Oracle is entitled to judgment on the evidence the jury heard, Oracle's actual case against fair use was far stronger," the filing reads. "At every turn, in countless ways, the district court issued rulings that obstructed Oracle's case."

The filing is the latest in the years-long battle between Google and Oracle over allegations that Google used Oracle-copyrighted core Java APIs to create its Android operating system.

Google prevailed twice in court showdowns, most recently winning an appeal in the US Northern District of California. Google was able to show that its use of the Java software interfaces was fair use under US copyright law. This time, Oracle argues that Google's wins should not stand up in a court of appeals.

"In the first trial in this case, the jury found that Google's Android software infringes Oracle's copyrights in the Java Standard Edition ('SE') platform but hung on the question of whether Google's copying was a fair use," Oracle said in its filing on Friday afternoon.

"After the trial, the district court held that the portions of Java that Google copied were not entitled to copyright protection and entered judgment for Google."

The case, Oracle America vs Google Inc, will be heard by the US Federal Circuit Court of Appeals in the Northern District of California. Google declined to comment. ®