ISIS videos, adtech, and the 'smartest guys in the room' (Google) 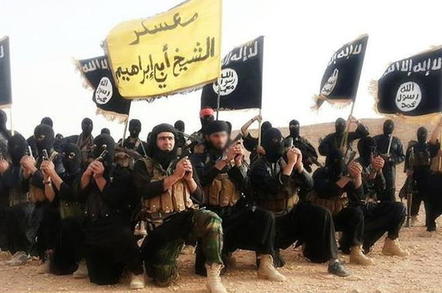 In 2014, Newsnight reported that the taxpayer was paying for ads to run alongside beheadings. Three years on, The Times notes that after promising advertisers their ads wouldn't run against certain content, they kept popping up anyway.

If this story has a feeling of déjà vu, you're not mistaken. Ads on YouTube terror vids is not a new phenomenon. But this in turn raises several questions. If it's already been debated, why does Google continue to host ISIS's medieval horrors? And why does Google continue to profit from them? The answer is more subtle, and disturbing, than you think.

Google spent billions building the world's biggest private network to support its YouTube acquisition, which dominates the online video market. At around the same time, Google also began to come under increasing scrutiny over just exactly what it was advertising. Google had pioneered a "programmatic" or automated auction model of using machines to match ad buyers with media sellers, which the open marketplace would then go on to attempt to recreate. In a programmatic model, a trading desk makes "trades", and places advertisements based on certain criteria, in a fraction of a second. As a result it has become commonplace for publishers and platforms not to know what content they are hosting, and ad agencies then pay them fortunes, not knowing where their spending washes up.

It's messy: welcome to "adtech".

But this outline is in itself a necessary oversimplification. Advertising agencies operate their own programmatic trading desks. Google's ad network reaches far beyond Google's own sites. These complex and obscure relationships were beautifully characterised by David Lowery, who has done more than anyone else to raise the issue of accountability in adtech.

In 2012 Lowery, a musician turned activist with a technical background, found himself asking why big brands were apparently supporting pirate content.

AT&T, Coca-Cola and H&R Block were heavy spenders, and didn't seem to care, or even know, what their ads were promoting. But it wasn't just pirated music that was bringing in revenue for Google and their ad partners. Lexus ads were running against a bestiality video.

"When things get complex it's typically to hide some institution from liability," Lowery told a London audience in 2013. "In finance, there's a saying: 'Complexity hides fraud'."

Speaking at the same event, Google's Theo Bertram vowed to "drain the swamp of dodgy networks, dodgy agencies and dodgy sites". Four years on the swamp is more fetid than ever.

Then ISIS came along. Following the withdrawal of US troops, ISIS (or ISIL, or Daesh) seized strategically important regions of Iraq, parts of the Turkish and Syrian borders, and had even reached the outskirts of Baghdad.

YouTube is now recognised to have played an instrumental part in the growth of ISIS, providing a multimedia platform to allow the medieval horrors to go viral. Potential viewers no longer had to track down obscure video sites through word of mouth.

In 2015 Google vowed to take its role in the propaganda chain a little more seriously. But it still played its own role.

One fact is worth bearing in mind, because it provides useful context: Google likes to think of itself as the "smartest guys in the room", and has a track record of ingeniously turning punishment into a revenue opportunity.

When the European Commission hit Google with a meaty list of anti-competitive business practices, the company showed just how ingenious it could be. Commissioner Joaquin Almunia was receptive to a quick fix that would show the world that Europe could deal with American companies swiftly and effectively. He invited Google to propose its own remedies.

Its remedy was to propose a new revenue stream. Rather than "organically" list rival vertical search companies in its results, as it had done for years, Google proposed they pay for access. It would allow three rivals at a time to show in an auction, and take a cut when a user clicked through. As we noted when the proposal leaked:

Before Google started to favour its own properties, it simply displayed organic search results in which the most 'fresh and relevant' sites were rewarded with a high ranking. Now they must pay to play, or be excluded completely.

Very Google-y. Very smart. And it very nearly worked. Sufficient alarm was raised by consumer and trade groups, and European Parliamentarians, that Google couldn't sign off on the deal privately with Almunia as it had hoped. The incoming competition commissioner Margrethe Vestager ditched Google's self-remedy and the company now faces a record fine.

What a weird world we live in. Before you can watch a jihadi video from Syria, you have to watch a 30-second X-box ad.

So how come the videos are still there, and still being monetised?

Leaving aside the technical issues – such as the poor state of the industry's much-vaunted image processing "artificial intelligence" – the will doesn't seem to be there. And reading Google's policy statements, it appears to want to maintain the videos as a revenue stream.

Cohen has been promoting "counter narratives" in the hope of dissuading potential jihadi recruits – something he calls "a digital counterinsurgency" (see also here).

"Moderate religious messages may work for the pious recruit, but not for the lonely British teenager who was promised multiple wives and a sense of belonging in Syria. He might be better served by something more similar to suicide-prevention and anti-bullying campaigns," Cohen wrote in 2015.

"For maximum effect, these campaigns should be carefully targeted. An anti-extremist video viewed by 50,000 of the right kinds of people will have a greater impact than one seen by 50 million random viewers."

And nobody claims to know more about targeting messages than Google. Speaking at Cannes in 2015, Google's Victoria Grand explained that while saying ISIS were needed to "strike this balance between allowing people to be educated about the dangers and the violence of this group".

As the Guardian summarised: "Google put forward a challenge to the advertising and marketing executives to help populate YouTube with more content that combats ISIS propaganda."

"We don't believe that censoring the existence of ISIS on Google, YouTube or social media will dampen their impact really," Google's David Drummond told the same audience.

"Technology is one of the greatest tools we have to reach at-risk youth all over the world and divert them from hate and radicalisation. We can only do that if we offer them alternatives. Only on open and diverse sites like YouTube... we can find these countervailing points of view."

So now you know that the most atrocious of terror videos can be found on YouTube. It's a messaging opportunity. ®